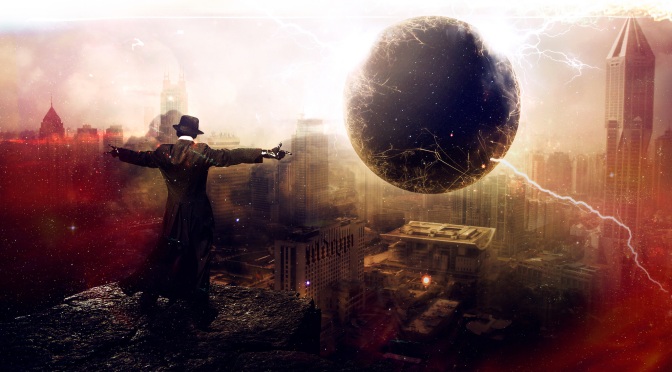 Are you a Butt-Kicker, a Specialist, or a Story-Teller? There is a huge world of games out there to satisfy every player’s and group’s style. And while there are academic discussions in every corner of the internet, sometimes it’s best to start at level one. Join the Level One Wonk in exploring the possibilities that RPGs have to offer, from Aberrant to Zorcerer of Zo. Today we have one for the players. While there are multiple valid playstyles, optimization-focused players are more likely to disrupt the game for others through no fault of their own. Let’s talk about how to keep a group fun for everyone, character optimizer or not.

A very popular style for role-playing game character creation is optimization, mathematically engaging a game system to produce a character with the highest possible ability. It’s a logical extension from the wargaming roots of the hobby, and is supported by the many highly detailed and math-heavy games out there like GURPS, Dungeons and Dragons, Shadowrun, and Exalted. Although there is talk about “munchkins” and “power gamers” in hobby forums, optimization is a completely valid way to play, and most of the optimizers I have played with are actually quite good-natured about their engagement with the system and how that plays out at the table.

Despite the fact that most of the complaints you hear about player system mastery are from GMs, the people for whom optimizers are actually a problem tend to be other players. First-order mechanical issues caused by character power imbalance can be mostly solved by GMs, but making these shifts gives the optimizers more of a most precious game session commodity: spotlight time. When a character is built around either better understanding of the mechanics or a clever trick or rules exploit, that means the GM is spending time to adjust for it. As another player at the table, the obvious solution to return the balance is to jump on the forums, read up on your own exploits, and beat the other guy at his own game, creating your own optimized character to either beat up on or complement the one in play.

The main problem with this “solution” is that for many people, it isn’t fun. This was my issue when playing Exalted. Exalted, at least the second edition, forces a degree of system mastery because of the long lists of charms and expectations that combat will involve charm combos and essence attrition. If you have no interest in doing the math for your charmset, building a character is a chore and running a combat by the book even moreso. If you’re someone who enjoys this sort of character build design, Exalted is not only a fun game, it’s a treasure trove. To me, character creation and optimization was not fun and not wanting to engage with it made my characters less potent and the whole game less fun as a result.

If you are not an optimizer, don’t fret. There are other ways to get in the game and have fun other than feeling forced to do math homework (this is what character optimization feels like for many people). The key above all else is to communicate not only with your GM but with the other players who may not always notice different playstyles around the table.

One key way to stay in the game is to play characters that cover a niche. If you’re the pilot, it’s not as important that the guy across from you is building a combat monster. No matter how much damage he does, you’re still flying the spaceship. Same thing goes for healers, hackers, and face/social characters. If you discuss with the GM what sort of role you want your character to have in the story, they can help point you in the right direction.

Get Some Plot Hooks

One way to make sure you and your character get spotlight time even without optimization or narrow niches is writing some plot hooks. This is not the same as writing more backstory, which is hit or miss as to its usefulness to the GM. Instead, try to engage some of the game mechanics that lie outside of core statistical systems. Does the game have a merits/flaws system? Taking enemies or other complications help put your character in the spotlight a bit more, and in many systems they actually give you build points back.

Have the System Conversation

Like the abovementioned Exalted, some games require and reward optimization to a much more significant degree. Both which system you choose and how you go about character creation can help balance the playing field quite a bit. If other people in the group are enjoying character build optimization then it may not go over well to ask to play Fate or Apocalypse World where character builds don’t exist in the same way, but moving from a difficult and dense game (Exalted, GURPS) to a clearer and more constrained game (Dungeons and Dragons, Fantasy Flight’s Star Wars) can help everyone continue to have fun in their own way. Another possible solution is to move in the opposite direction to a much denser game…if you’re playing (later editions of) D&D, the combat system has more detail than most other subsystems. Switching to something like GURPS can provide additional rules to let a healer or a hacker or another specialized character feel just as fleshed out as a combatant.

This all assumes that there are people in your gaming group who are really loving character optimization. If there aren’t any build fanatics, these imbalances don’t really show up! It stands to reason that if there are players who really enjoy the process, they’ll be receptive to other players who ask them for help with their characters. This is not a panacea, though, and players who enjoy optimization shouldn’t assume that offering to help other players will just solve the imbalance problem. Players try to get into character for games, and often having someone else write the character for you makes that very difficult.

Even if you feel outclassed, try your best to stay engaged in the game. It’s also important to note that even if you don’t enjoy character optimization, engaging with the rules as the game is being played is still an expectation in most games. Not wanting to play a rules-heavy game at all is a different issue than having your enjoyment of said game diminished by power imbalances.

Incorporating multiple play-styles in a role-playing game is a team effort. Let’s look at the perspective of an optimizing player to drive this home. When you are an optimizer, getting your character perfect is part of the fun, and another part is seeing that character be dominant and successful in play. Since the GM’s opposition is a moving target, though, the only group you will consistently dominate are the other players. As a player, you can help prevent this by paying attention at the table and being gracious when GM shifts the story away from your chosen area of expertise. Similarly, when the GM plays off of your build (and if the GM is an optimizer type themselves, you can bet this will happen), it’s best to take it in good stride. The GM is not punishing you, they’re trying to engage with your character without flattening everyone else. Having empathy for your other players extends from the table into their build choices. There are a lot of fun ways to build highly non-optimal characters, and optimizing versus building for story versus building for emulation are all completely valid ways to construct characters.

Most of the advice for GMs dealing with a mix of optimizers and non-optimizers should be similar to what’s already on the internet: pay attention at the table, shift the spotlight around, and so forth. There is one idea I’d want to leave you with, though: group character creation. Many of the elements that create a cohesive group come up as part of a conversation. Even if you have a basic idea that there’s a medic, and a pilot, and a tank…it’s not clear how things will mesh until players talk about it amongst themselves. The other thing that group character creation can do is bridge the gap between the optimizers and non-optimizers. While some people don’t want to hand a character sheet off to someone else (and not all optimizers want to do the math for their party mates), having a table where players more familiar with ability strengths, trap options, and build paths can help give other players advice will keep characters closer together in terms of power level.

Play-style clashes can be tough, but I don’t ascribe to the idea that any given game must choose only one. As long as all players and the GM are there to have fun and have communicated their expectations for the game, it’s possible for everyone to have a good time even if they have different approaches for doing it. The better the group communicates, the more likely they will be able to stay together for many campaigns to come, and develop their own unique style that is fun and engaging for everyone at the table.

4 thoughts on “Level One Wonk: Optimizers”