On September 23rd, Hello Games released the Origins update to No Man’s Sky, the latest in roughly a dozen major content updates to the game since it was originally released about four years ago. These content updates have turned No Man’s Sky from an overhyped mess into possibly one of the most celebrated sandbox exploration games available in the digital space. No Man’s Sky is not worth talking about on this tabletop-focused site because of its crossover potential, but rather because of how both its design and post-hoc development have laid it bare in a system sense. No Man’s Sky has three interesting things going for it as a subject: First we saw it fail, then we saw it succeed, and it happens to do both of those things to a mode of gameplay commonly attempted in the tabletop space: the sandbox game.

END_OF_DOCUMENT_TOKEN_TO_BE_REPLACED

Silent Falls is a small coastal town in the heart of Northern California. It’s quiet here, and since the recession a few years ago, people are not as friendly as they used to be. It’s been a rough few years for everyone. Alice Briarwood is a junior at Franklin Academy – the local high school – with a pretty decent number of acquaintances and friends, but as dawn rises on the first morning of winter break, nobody has seen or heard from Alice in three days. A friend returns to Silent Falls and reaches out, wondering at Alice’s silence, sparking off an effort by her loved ones to find her.  However, this is no normal storytelling game; during play, you won’t say a word. Instead, as characters scatter across Silent Falls to find Alice, a text group chat will be the only way to tell your tale. This is Alice is Missing – A Silent Roleplaying Game.

END_OF_DOCUMENT_TOKEN_TO_BE_REPLACED

New Campaign day is a very exciting day. Your group is ready to try something new, and everyone’s agreed on what it should be. Now you may be getting ready to run a Session Zero with something like Apocalypse World, where the feeling and the aesthetic of the game’s implied setting is broadcast to you, loud and clear, from the first page of the book. You may be getting ready for character creation in D&D, where the implied setting is strong but allows for a lot of variation within its fantasy tropes. Or, you might be walking into a game where the world has sprung from the mind of the GM, and you don’t know what to expect beyond maybe a few sentences that have been shared. Regardless of what situation your campaign will start with, now is the time you’ll most benefit from some soft prep.

END_OF_DOCUMENT_TOKEN_TO_BE_REPLACED

Raat shi anaa. The story begins. Rising from the Last War brought Keith Baker’s dungeon punk setting of Eberron back to 5th Edition in hardcover form, but it was the earlier Wayfinder’s Guide to Eberron that first brought a world of pulp, noir, and wide magic to the latest version of Dungeons and Dragons – and it also opened up the door for anyone to create Eberron content on the DM’s Guild. When I talked with Baker at PAX Unplugged 2019, the curious implications of that came up. Since it made it to the final three of the Setting Search in 2002 Wizards of the Coast has owned Eberron; while Baker was often brought back to work on supplements and novels, the final creative control didn’t belong to him. He could talk about ‘his’ Eberron, and thankfully did so quite often and at length, building a great rapport with the community, but plenty of material he came up with would never see the pages of a hardcover book. The Wayfinder’s Guide changed that, and now we have Exploring Eberron, Rising’s “perfect companion” straight from the man himself. So let’s go through chapter by chapter and section by section to see how an already big world had even more in its uncharted depths!

END_OF_DOCUMENT_TOKEN_TO_BE_REPLACED

Back in November of 2017, Fantasy Flight Games released Genesys. Both Seamus and I wanted a fair shake at reviewing it, and in the process we learned why not to do two-part reviews. Still, a lot of people read it and we continued being excited for the generic version of the Star Wars RPG that many of us at Cannibal Halfing had spent a fair amount of time playing. Now, nearly three years later, it’s a perfect time to revisit the system. Asmodee, Fantasy Flight’s parent company, has reorganized their RPG development resources. In the near future new Asmodee-owned RPGs will be released from the new Edge Studio imprint, and based on a panel at GenCon 2020 this will include new Genesys material (the IP referenced there was Twilight Imperium). For now, though, the Asmodee RPG pipeline is on pause, at least until the last couple Legend of the Five Rings supplements enter distribution. On my personal end, I have finally both played and GMed games in Genesys, which means it’s a good time to give Genesys the In-Depth treatment.

END_OF_DOCUMENT_TOKEN_TO_BE_REPLACED 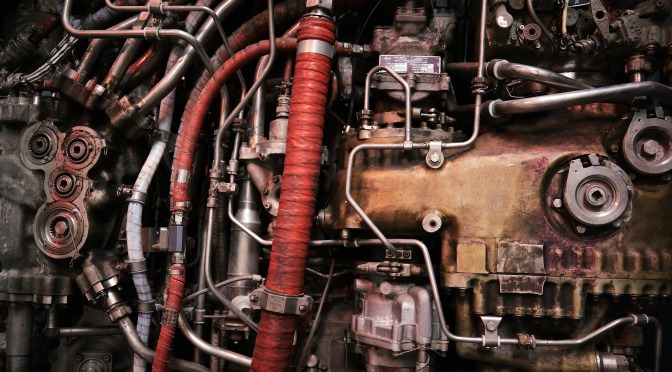 The world of role-playing games has been expanding outward ever since Dungeons and Dragons was first released. Within five years of the first published system, games which used different fundamental assumptions and mechanics not only existed but had started to find popularity. Within 15 years, games existed which used the medium in a completely different way than D&D ever intended or expected to. Now, over 45 years later, the RPG world is a vast plane of games with GMs, without GMs, games with dice, with cards, with block towers and with no randomizers at all. There are games which exist to simulate worlds, games which exist to be played optimally, and games which trace out the creation of a story scene by scene. It is, as they say, a glorious time to be alive.

END_OF_DOCUMENT_TOKEN_TO_BE_REPLACED 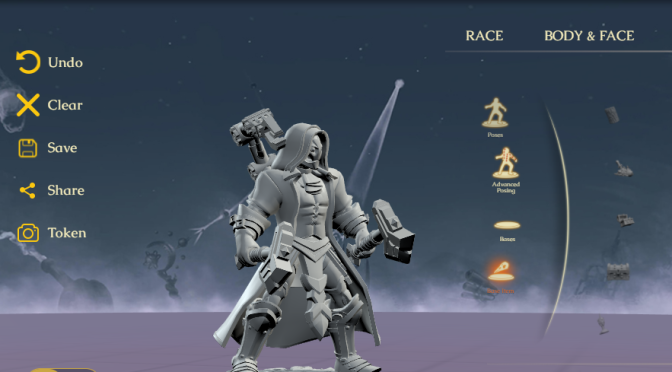 The struggle of searching for that one perfect miniature for your tabletop roleplaying game character, or making do with the next best thing, is not nearly the problem it used to be. 3D printing means you can make your own if you have the right tech, and several options have popped up over the years for doing the design and printing work for you. Rising from the tentacled depths is Eldritch Foundry, a relative newcomer in the field, to share some of their arcane secrets with us – so let’s make some minis and see what prints out!

END_OF_DOCUMENT_TOKEN_TO_BE_REPLACED

Welcome to Kickstarter Wonk for September! Back to school, post-GenCon rush, none of these events make sense this year, at least not in the normal way we usually understand them. Some of the pent-up demand for Kickstarters is starting to appear in the marketplace again, but everything remains muted, and likely will for some time. The five project article is going to be the norm for the foreseeable future, though luckily we’ve gotten past the point where getting five projects together took effort. Nonetheless, it’ll be a few months before we get back up to the quantity (of quality) that I was used to back when this series started. Even so, fear not! These five projects are worth a look; I even backed a few myself.