Not much going on on the RPG front! Stay healthy everyone, mask up in crowds, and play some games.

GM Experience should not be quantified simply by length of time: An interesting discussion about how to compare and assess GMing ability. No conclusion is reached, but a lot of intriguing questions are asked. Does it matter how many games you run? Should you consider the trends in the hobby when you started? Does depth or breadth make for a better GM? Worth a read. 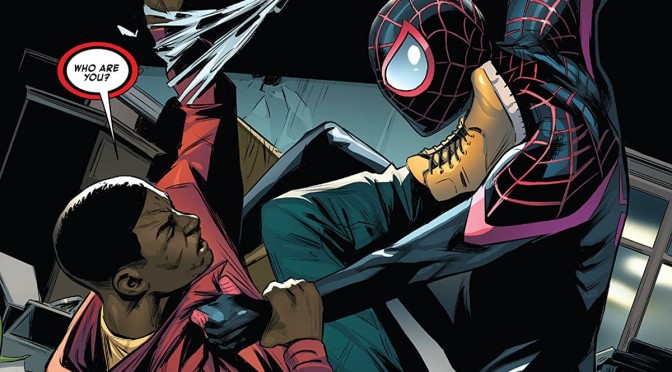 All things considered, the Night Nurse had been pretty kind. There really shouldn’t be anyone in the waiting room at this hour of the morning, but CryptoHertz – Gil – found himself there, a forgotten cup of coffee on the table next to him, just… staring. For a while he’d been staring at the wall, but at some point he’d noticed that there was still some blood between his fingers. Gil shuddered, trying to shake the memory of how it had felt when Plague Hack had forced him to run Arasaka Saburo through, and in doing so looked up at the television that had been droning on in the background. The twenty-four-hour news channel had a breaking news update:

High Impact BioMedical and Arasaka Corp were signing a new contract agreement to work together.

END_OF_DOCUMENT_TOKEN_TO_BE_REPLACED 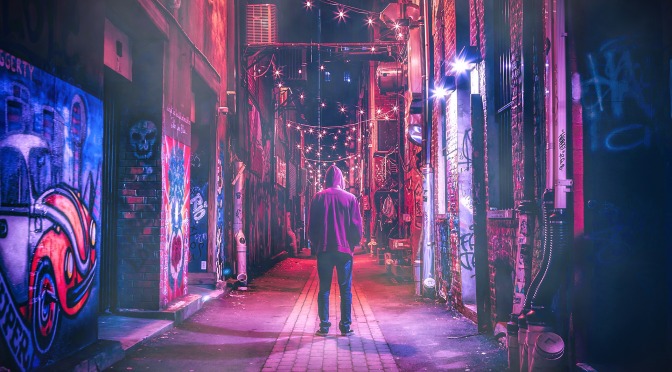 Not everything goes according to plan in the dark future. Not every lie will be detected, not every trap will be disarmed. And when things don’t go an edgerunner’s way, there’s no time to get mad…only even.

When we last left our ragtag group of highway robbers, they had been fired upon with some pretty hefty hardware. The hitters responsible? Hired by Jayhawk, and sent home down two and with the remaining two lucky to be alive. Clearly, the information Olga had stumbled onto was not anything Jayhawk wanted getting out. The firepower, though, was an open question. The drone looked an awful lot like the one which was seen getting passed through an Arasaka loading dock. The hitters had the control rig in their van, and they said they rented the thing. …Rented? Bubbles was able to hack the control rig and put a backdoor in the drone. Not enough to control it remotely, but enough to gather some data and maybe tell where it called home.

END_OF_DOCUMENT_TOKEN_TO_BE_REPLACED

ENnies voting is live: Nominations are out and it’s time to vote for your favorites in the 2021 ENnies. The process has been rife with technical issues (votes have reset at least once) so it may be good to return to the site and check that your votes have in fact been counted.

Beautiful Books, Great Settings, Terrible Games: On Reddit this week there was a discussion of games which hold tremendous value as pieces of media, or as static worldbuilding exercises…and then crumble to dust the minute you try to *play* them. As continued discussion around what makes a game and what makes a game good is centered within the discourse, we need to keep in mind that some things we just love to hate. 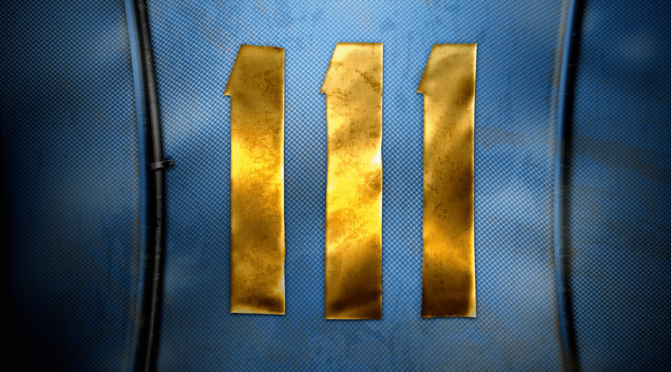 RPG licensing. RPG licensing never changes. In some ways it’s amazing that it took until 2021 to get an honest Fallout tabletop RPG, given the original game’s mechanical dalliance with GURPS and other design elements borrowed heavily from pen and paper games of the time. Nonetheless, it wasn’t until Fallout 4 that the series turned back to its roots and, with the help of Modiphius, got an official licensed port. Fallout the Role-Playing Game leans heavily on the most recent iteration of the video game series; both the mechanics and the setting borrow heavily and almost exclusively from Bethesda’s Fallout 4 for source material. Comparing this game to a Bethesda game ends up being quite apt, though; like most of the modern software titles released by this game’s licensor, Fallout the Role-Playing Game shows a lot of promise and appears at first glance to be ported well into its new mechanics…but in reality it’s hampered by a raft of grave unforced errors in editing and product management. So is it endearingly buggy, or is it hopeless? Let’s take a look.

END_OF_DOCUMENT_TOKEN_TO_BE_REPLACED

2021 ENNIE Awards Nominees and Judges’ Spotlight Winners Announced: The header says it all, the list of this year’s batch of Nominees and Spotlight Winners has been released. There are a number of creations we’ve looked at in the mix: Cortex Prime, Vaesen – Nordic Horror Roleplaying, and Alice is Missing are all nominated for more than one category, and SLA Industries 2nd Edition got a Judge’s Spotlight!

An Apology: A needed piece of meta-discourse. A Redditor concedes that he snarked about the game Ten Candles because designer Stephen Dewey was “a dick” to him…over a decade ago. The resulting post makes you feel good for knowing it happened, and reminds us all to take a step back from all the heated discussions we can so easily be sucked into, online and elsewhere. Also, you should probably check out Ten Candles. 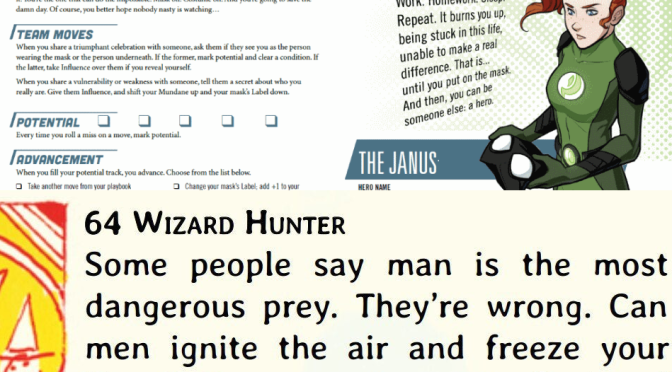 Everyone knows what a character class is. From D&D to Diablo and from Final Fantasy to Facebook personality tests, the notion of starting your RPG adventure with a Fighter, Thief, Mage, or Cleric has transcended D&D and TTRPGs in general to become a nerd pop culture staple. In the modern TTRPG hobby, though, classes are but one way to present a set of archetypes from which to build a character.

END_OF_DOCUMENT_TOKEN_TO_BE_REPLACED

DM’s Guild Releases Print-On-Demand Guidelines: Announced in the DriveThruRPG Discord on Wednesday, the DM’s Guild has established guidelines for community content getting to Print-On-Demand. First, it has to be said that this does make PoD on the Guild more accessible than it was – we checked with DM’s Guild staff, and prior to this the only way to have a printed product on the Guild was on a very limited case-by-case basis – Exploring Eberron is the only one to have crossed our desk. That doesn’t mean it’s now actually easy.

In addition to all of the usual guidelines familiar to DTRPG’s PoD market, all print files need to be completed by a Guild-approved layout designer, of which there are currently only four. Only products that are already Platinum Best Sellers or higher, or new products from a creator who has another product that is Platinum or higher, can be submitted. In terms of actual numbers that means more than a thousand copies sold – only 889 products (3.47% of everything on the guild) meet that specification as of this writing, and it’s likely that that does not translate to 889 individual creators. Finally, a product has to have 100 or more pages, meaning even many of those Platinum or higher products still don’t qualify – a quick count seems to show that only 20 of the 72 Adamantine products, the bestsellers, would make the cut.

Some of these restrictions make internal sense, particularly the layout requirement – you’re playing in the Guild’s sandbox, it tracks that you’d be held to a certain standard of quality. Still, while undeniably more attainable than it was, actually calling the Guild’s Print-on-Demand program ‘accessible’ doesn’t quite fit either. It’s early days yet, though; hopefully this is the first step towards a greater number of creators getting to see their work on the printed page.

The Avatar Kickstarter and TTRPG Cross-Pollination: The Kickstarter for Avatar Legends from Magpie Games has shattered records for TTRPG projects by raising $2,502,090 as this is written, a number that will be hilariously outdated by the time we add a period to the end of this sentence. It has also, predictably, kicked off discussions ranging from the right of licensed games to use kickstarter at all to how much, if at all, Magpie’s success will either help or harm everything from other individual projects to the entire TTRPG industry/crowdfunding mechanism. In all the fervor, though, we’ve found one thread by @JazzElves to be particularly worth a look, talking about entry points for the hobby and the best ways, Avatar or otherwise, to actually get people playing new games. 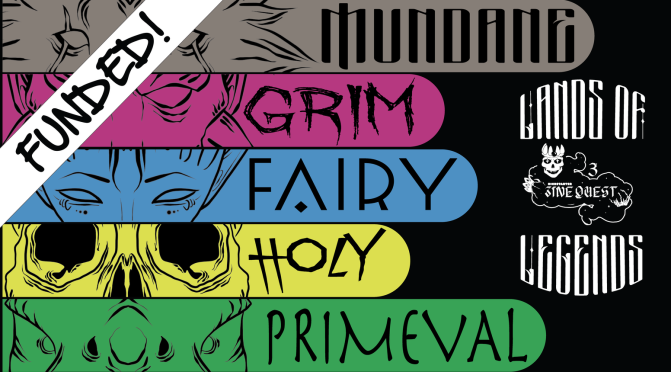 Adventuring through an old-school-style sandbox setting, or mapping your way through a sprawling hexcrawl? The biggest challenge of playing a game where the characters can go any direction they want is making sure there’s something worth finding in every direction they can possibly go – even more so if the world is functionally boundless. From vast ancient cities consumed by the forest to a monastery of living mummies, from a desert falling into a black hole serving as the hourglass for the world’s life to a barge-bound casino-temple to the god of luck and gambling, there are plenty of options to be found in the Lands of Legends from Axian Spice!

END_OF_DOCUMENT_TOKEN_TO_BE_REPLACED 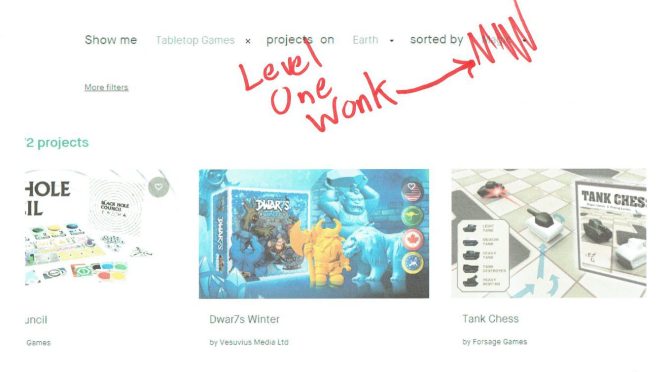 Welcome to Kickstarter Wonk for August! Now, you might be looking down the headings and notice we only have seven games and an honorable mention. Well, that’s because, whether you know it or not, you got way more Kickstarter content this month than usual! Check out my preview of Dreampunk, which is still live for another ten days…really neat game using imagery cards to drive play through a dream world. Then you can read Seamus’s quickstart review of Avatar Legends, the new game from Magpie Games! That brings us up to nine, but you can count Avatar Legends twice if you also read the Meet the Party Seamus put together. Beyond those, though, all eight below are all worth checking out, and should help you ease the pain of missing this year’s superspreader event GenCon.