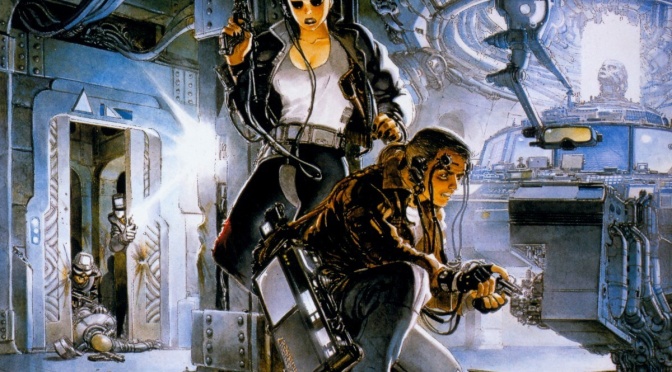 Are you a Butt-Kicker, a Specialist, or a Story-Teller? There is a huge world of games out there to satisfy every player’s and group’s style. And while there are academic discussions in every corner of the internet, sometimes it’s best to start at level one. Join the Level One Wonk in exploring the possibilities that RPGs have to offer, from Aberrant to Zorcerer of Zo. Today we look at one-shots: whether you need a break from a long campaign or just want to try something new, one-shots are an important way to mix it up and experiment. Check it out!

The two default organizational structures in a role-playing game are the adventure and the campaign. The underlying assumption for games is that a campaign is constructed of linked adventures, which are all rationalized by a connected story and/or a shared world. Sometimes, though, you have four hours, four eager players, and next week you’re going back to the normal game. You’re running a one-shot.

Beyond being a standalone adventure, a one-shot is designed to take place in one sitting. Even if you have a full day of gaming, six to eight hours depending on attention span, one-shots need to be short. Character creation is either done beforehand, very quickly, or deliberately made part of the game. The adventure itself has one plot thread, one major encounter, and another handful of supporting scenes. Whatever the focus of your game is, you want to make sure that not only you get to it quickly, but that you spend the majority of time you have on that central theme or activity. The way to do this well is by making sure that you the GM know what the intent of your one-shot is. There are two main elements that need to be defined: what makes your one-shot different from other games (the high concept), and what is the central activity of the one-shot (the setpiece). I’ll also briefly discuss another category: games that only work as one-shots.

The high concept of a one-shot has to answer the question “why are we playing this game”? In a campaign, the high concept often is either a story, theme, or setting that the group wants to explore, but for a one-shot the answer can be a lot simpler. “Introducing players to a new system” is a common one-shot high concept, probably the most common one for convention play. Beyond that, there are tons of one-shot concepts that boil down to “do x thing we can’t easily do in a longer game”. The reason it’s important to nail down your high concept is because once you know why you’re running this one-off game and why it’s different than your typical gaming experience, you’ll be able to plan and write towards your intent and make the most of your time. Here’s a couple of example high concepts I’ve used in some of my group’s one-off play:

Let off some steam with PvP

Player versus player combat rarely works in campaigns; getting characters to fight each other is usually not a good way to keep a party together. That said, PvP can be a lot of fun and provides opportunities for engaging with all sorts of fun mechanics that may not come out so often during a campaign. My group has had a long-standing one-shot which is definitionally PvP that we call “Line-Roll Cyberpunk”. Use the Cyberpunk 2020 NPC rules to generate a few quick characters, and then have them fight each other in pop-up scenarios. Because the 2020 stats aren’t as balanced as other games actually designed for line-roll, the majority of the characters rolled are nearly unplayable, which both lowers the tension at the table and makes the game more light-hearted than most would expect.

Play around with improvisation

Gamers have varying amounts of comfort with improvisation, but most aren’t comfortable with going into a campaign cold, GMs especially. A one-shot provides an opportunity to hone improv skills without worrying about sending a campaign off the rails. In the past my group has played a one-shot we call “Setting in a Hat”. Everyone writes one campaign conflict and one character concept, which are then shuffled and dealt out at random. In some cases, everyone also picks from a hat containing a bunch of cards labeled “player” and one card labeled “GM”. These games often go off the rails, but also get everyone more comfortable with trying new things and being put on the spot.

The setpiece of a one-shot is the main in-game activity that the adventure is focused around. While setpieces are a great way to structure any adventure, in a one-shot the lack of any continuity makes a setpiece essential. If you’re running a one-shot just to show off a new system, it’s still important to switch up your standard adventure structure; doing so in a way that shows off some of your favorite mechanics in the new game is a great way to start. Even if you aren’t using a new system, flexing some different mechanical muscles will help make the game fresh and memorable. Beyond rules, there are a few different setpieces you can write into a one-shot to make your game memorable.

A fun location can make a game. A battle royale in a skyscraper. An infiltration mission on a cruise ship. Exploring an abandoned space station. If you make the location of an adventure your setpiece, make the environment interactive. A cruise ship means people can fall overboard, a skyscraper means heights. All sorts of environments can make the game feel different and fresh.

A one-shot is a great opportunity to explore characters and mechanics that don’t normally show up in your campaigns. Make your Cyberpunk game about a military unit, and give your players power armor to play with. Write a game about street racing, and dust off the vehicle combat rules. Write a locked door mystery! One-shots are also great times to play with the power level of your game; if you’re running D&D and your characters have spent the last 15 sessions getting to level 6, running a one-shot at level 20 will feel very different and fresh.

Setpieces can make any session feel interesting, but one-shots in particular give excellent opportunities to play with setpieces and setpiece design where you aren’t worrying about introducing strange or unbalancing elements into a campaign. Though it can be difficult to integrate a really wild setpiece into a continuing campaign, it’s worthwhile to consider for important sessions like introductions and finales. A big enough setpiece can also serve as fodder for multiple sessions…this can be great for a new campaign but for a one-shot it should be avoided. Making your players feel like there was more they could have done will dampen the enthusiasm when the game is over.

Certain games are, intentionally or not, designed for single sessions of play. Fiasco is very specifically a game that lasts for one sitting, and is structured almost like a board game in terms of phases of play. Other games, though they are traditional RPGs at heart, employ themes which are hard to build a campaign around. Comedy games are infamous for this; games like Toon, Tales from the Floating Vagabond, and Teenagers from Outer Space don’t typically lend themselves to campaigns. Take the game Paranoia, for instance. Paranoia takes place in the dystopian underground city of Alpha Complex, where all the characters are low-ranking peons in a totalitarian society overseen by a great Computer. The Computer has accumulated a number of bugs over the years, and is administrating the city through rigid bureaucracy and increasingly vague use of concepts like “treason”. Paranoia actually provides enough material that, if you wanted to, you could play it “straight”, where characters are navigating this dark satire of a dystopia and trying to claw their way up the ranks towards the mythical “high programmers” who run things behind the scenes. That said, the game is much more easy to run as a game of highly meta nonsense, where the characters run around trying to kill each other, manipulate bureaucratic processes to obtain increasingly lethal weaponry, and ingratiate themselves to the Computer by passing the GM notes and alternating back and forth between in-game and out-of-game bribery. It’s fun, it gets wacky, and after you play a full session with it it’s time to put it away. It’s actually been a goal of mine to try and run a campaign of Paranoia, especially now that a new edition is out, but that is a lofty goal indeed.

When you’re running or playing in a one-shot, you’re trying to do something different. Whether you’re running a game at a con or taking a breather from a campaign, the intent of this one-off game is to provide an experience that’s different from the games you’d otherwise play. Though I’ve written about things to think about when planning a one-shot, I think the most important thing you can do is take some risks and change up the game. Without the weight of a campaign behind it, a one-shot is the place where it’s absolutely OK to fail, and where you can move away from the concepts, characters and storylines you already know will work. If your game is stuck in a loop, take a week off and try a one-shot: you’ll both have a chance to experiment and come back to your regularly scheduled campaign refreshed and maybe even inspired.

2 thoughts on “Level One Wonk: One-Shots”