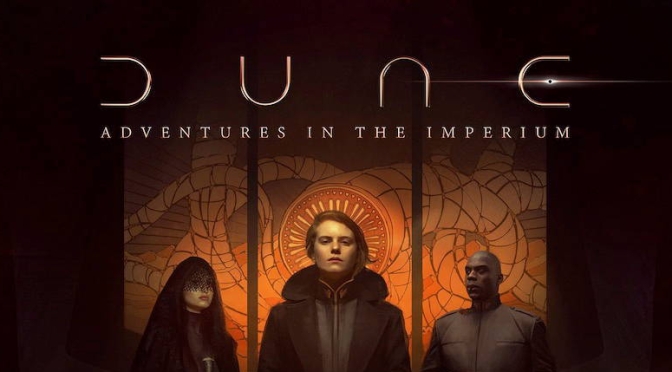 Frank Herbert’s Dune is high in the science fiction pantheon. The novel combined originality and prescience in a way that has continued to inspire readers over the last 55 years; it has also defied adaptation. Both film versions of Dune (prior to the upcoming 2021 movie) were beautiful failures in their own right, and the version that never happened, plotted by psychedelic filmmaker Alejandro Jodorowsky, was so ambitious that its lack of production still inspired a documentary. Dune’s RPG history is similarly troubled. Dune: Chronicles of the Imperium was designed by Last Unicorn Games and held up by licensing disputes. When Wizards of the Coast acquired Last Unicorn, they got permission to print any pending projects, and a 3000 copy print run of Chronicles of the Imperium was made. Apparently the entire run got scooped up on the con circuit and the game fell into obscurity after WotC scrapped further printing in favor of converting the whole thing to d20, which fortunately died on the vine in a new spate of licensing disputes. So, literally two decades later, Modiphius has the vaunted Dune license and has made good with Adventures in the Imperium, their latest 2d20 title.