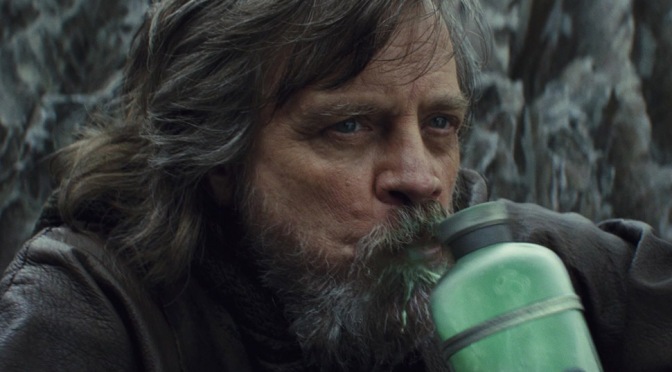 At Cannibal Halfling Gaming, our motto is “Bringing Games and Gamers together.” Typically, we do this by reviewing games, or rolling up characters, or letting our readers know about new games on the horizon that they can back. But a big part of what causes gamers to come together is each other, and we can punctuate a great gaming session with food. Cooking is a passion of mine, and when I can combine it with a gaming session, all the better! So let’s roll a check to see if that party you’re throwing stays raging!

This past Friday was Star Wars Day (“May the Fourth Be With You!”) and to celebrate, at my house we made a slew of themed foods. While it’s another year until the next one, as we’ve shown, we do a lot of Star Wars around here. So feel free to keep these in mind the next time you want to drive a setting home.

Don’t lie, that spit that Chewie had working in The Last Jedi looked pretty darn tasty to me. Sadly, as I couldn’t find any of the darned things, I instead went with Cornish Hen, a single serving sized chicken.

In a ziploc bag, take a bit of olive oil and lemon juice and mix it up to create a thick liquid. Drop the Porg (or Cornish Hen) into the bag and turn it over to coat. Add about a tablespoon each of minced garlic and whatever herbs and spices you have on hand: black pepper, rosemary, thyme are all easy choices. Allow to marinate for a few hours or overnight.

Preheat an oven to 500° F. Place the Porg on a baking sheet or cast iron pan and roast until the skin is crispy and dark brown. The one in the picture was a bit underdone, but the finished product was devoured so quickly I didn’t get the chance to take a picture. Because they are smaller than a normal chicken, you don’t have to worry as much about the outside burning before the inside is ready. Mine took about 30-45 minutes to be done, but it will vary on your oven.

Octopus is one of those foods that I never had growing up, and was very hesitant to try. However, now that I’ve learned how to make it on my own, I’m a huge fan! It’s really meaty, but it’s still light enough that it won’t be digesting in your belly for a thousand years. Here, it has been arranged to pay homage to Jabba the Hutt’s preferred method of painful execution. (Ignore the Slim Jim, that comes later)

Get a one pound octopus. This may be at your supermarket in the back (my local one has it but doesn’t display it), but there are good odds that it will be a local Asian supermarket. I highly endorse checking one out anyway, as they often have cool stuff you can’t find anywhere else.

Place the octopus in a pot and fill with water, and then bring it to a simmer. Boil the octopus until tender, about 45 minutes to an hour. My preferred method for tenderizing it is to pressure cook the octopus for 20 minutes, but I am aware that this isn’t an option in every household.

In the meanwhile, steam couscous according to the package instructions. Often, boxes come with flavor packets but if you want to add your own, toss in a tablespoon or two of butter, garlic powder, pine nuts and Parmesan cheese. (Or whatever you have on hand. It’s pretty forgiving). Typically the couscous, water and seasoning is added to the pot and brought to a simmer before putting on a lid and steaming on Low heat until the couscous is cooked.

Once the octopus is tender, toss the octopus with olive oil, minced garlic and Spanish Paprika. Tatooine was shot in Tunisia, so some Harissa paste would fit right in as well. Sear in a cast iron pan, or a hot grill to char.

Pour the couscous into a bowl, keeping a hole in the center. Place your octopus into the hole, head side down so that the tentacles stick out, ready to snare a careless bounty hunter.

This is a take on the swamps of Dagobah, in the shape of a spinach and artichoke dip. Well, normally I would try to make the whole thing from scratch, but like a dummy I burned frozen spinach. Take that for what you will. So, instead I heated up a can of spinach dip with a can of drained artichokes and blended it until smooth. We then topped it with cooked spinach and broccoli rabe that we had around to make it more of a jungle scene. It was worthy of sinking an X-wing into.

There’s no need to go all the way to Hoth for this! Most versions I’ve seen of this were sweet cakes topped with coconut, but we wanted to do something that was savory. Instead, this is mashed potatoes, formed into an arm.

To make the mashed potatoes, peel and quarter about a pound and a half of potatoes. Bring a pot of water to a boil and simmer the potatoes until tender enough to be pierced easily by a fork, about 20-30 minutes. Drain the potatoes and add about 2-4 tablespoons of butter. Mash the potatoes and incorporate the butter. Slowly add milk a few tablespoons at a time until it reaches a stiff, moldable consistency.

Mold the mashed potatoes into an arms shape and top with grated cheese. (Gruyere here, but mozzarella will work as well) Bake around 300° F for about 5 minutes to help melt, then remove from the oven and allow the cheese to set. In the meanwhile, cut a Slim Jim into roughly one inch pieces. Trim the ends into points, and set into the tip of the paw as claws. Finally, pool ketchup at the stump end of the arm to act as the blood. Now, that’s something to sink your lightsaber into.

Alright, it’s time to go to the Sweet Side, and we’re looking in Alderaan places with our favorite princess. We start off brownie mix, following package instructions for mixing the batter. Line a muffin tin with wrappers and fill about three quarters of the way full. Bake until you can stick a toothpick into the center and it comes our dry, about 25-35 minutes. When done, allow to cool to the touch.

Remove the wrappers from the cupcakes. Use a container of vanilla frosting to spread a layer of on top of the cupcakes, smoothing the edges with the back of a knife. Fill a pastry bag with chocolate frosting and fit with a frilled tip. Starting at the top of the cupcake, trace a crescent shape to the edge halfway down. Repeat on the other side, filling it in to make the hair. Place a pair of mini-chocolate chips roughly around the center to act as eyes. Using black icing or left over chocolate frosting, form a small line near the bottom to act as the mouth. Finally, push a pair of Oreo cookies against the side of the face to be the hair loops.

If any don’t turn out well . . . just squash them, and call it Alderaan!

These are just a few ideas, but hey, it will help you get started. Feel free to look to others in your groups for ideas. Tell me what you’ve made for your groups!