END_OF_DOCUMENT_TOKEN_TO_BE_REPLACED

Zinequest 4 moved to August: After a confusing tweet from a third party, Kickstarter Game Director Anya Combs made the (mostly) official announcement that Zinequest 2022 would be moving to August to coincide with GenCon. As a note, if you ever wonder why companies and their representatives refuse to make official comments on things like this prior to an announcement, this shows exactly why.

So, What To Do About ZineQuest?: Following on the heels of Kickstarter’s blockchain announcement last month, the news that ZineQuest would be moved – barely weeks before it traditionally begins, throwing off plans, and now coinciding with GenCon which many fear will cut down on the number of eyeballs small creators will be able to draw – has creators redoubling their conversations on what their future with Kickstarter will be. It’s a complicated issue, but in the immediate future there are efforts to rally the community to take ZineQuest’s February slot. ZINE MONTH helmed by Feral Indie Studio seems promising; we’re already lurking in its Discord (with more than 400 members as of this writing) to see how things progress.

In December of 2021, Kickstarter made an announcement that it was going to develop a new platform for crowdfunding, using blockchain technology. The announcement received a significant negative response, given the negative environmental impacts of current blockchain applications and the widespread use of blockchain tech, through both cryptocurrencies and non-fungible token (NFT) schemes, to commit fraud. It’s a fair response, though given how little the Kickstarter announcement said, perhaps not entirely warranted.

That all said, the end state of Kickstarter’s blockchain plans don’t particularly matter. Whether or not the new platform comes to fruition, whether or not it uses less energy-intensive proof-of-stake software, whether or not people leave the platform, these are in the long run irrelevant. What the announcement should have revealed to anyone who felt strongly enough to leave the platform over it is that the TTRPG hobby has let Kickstarter become infrastructure. Leaving Kickstarter sounds great in a tweet, but ultimately doing so is going to be tough for many of the creators who, without the company, would have never gotten off the ground.

END_OF_DOCUMENT_TOKEN_TO_BE_REPLACED

Welcome to Kickstarter Wonk for December! I don’t know what it is about timing at this time of year. Several great campaigns are ending today or ended yesterday, not really giving enough time for readers to grace them with their clicks. On the other hand, it seems like everyone is rushing to get a campaign wrapped before the holidays…and some of these campaigns needed to bake a little longer. No matter. I read a lot, but these seven I will stand behind as new games you should definitely check out. Onward!

END_OF_DOCUMENT_TOKEN_TO_BE_REPLACED

Welcome to Kickstarter Wonk for November! There’s a whole bunch going on here as the year gets darker, and it’s a perfect time to stay in and play some games. This is also where the spooky games ended up: we have sea shanty poltergeists, food horror, and even a game where all women are werewolves! In addition, though it’s not a new game and as such isn’t included below, the new box set of Mothership has also gone live on Kickstarter and it looks sick. Even though it doesn’t quite fall in the bounds of a Kickstarter Wonk selection, it’s still definitely worth noting. As far as what does fall in those bounds, we have 8 (plus one) really neat games to check out this month. Grab your dice, pencils, and tarot cards!

END_OF_DOCUMENT_TOKEN_TO_BE_REPLACED

Our relationship is in trouble. But bringing that up never helps. Instead, let’s focus on our new flat pack furniture that just arrived! If we can just put it together – correctly, without it becoming a whole thing, everything will be fine. And we’ll be fine.

Grab the bag of random parts, decipher the instructions with the vaguely Swedish names, and try to put together some furniture without everything – including your relationship – crashing down around you. Maybe you’ll even get to enjoy some meatballs. This is KÖ-ØP from offcut games!

END_OF_DOCUMENT_TOKEN_TO_BE_REPLACED

Welcome to Kickstarter Wonk for October! It’s not exactly that spooky in here. I mean, there’s a bit of grimdark, and some goblins, but overall things are light, bright, and colorful. And there are several games about food. Overall though it’s a great crop, with eight games and an honorable mention zine that should make it into your campaign. Ready? Onward!

END_OF_DOCUMENT_TOKEN_TO_BE_REPLACED

Welcome to Kickstarter Wonk for September! We’re nearly ¾ of the way through this weird-ass year, and the desire for more escapism hasn’t abated. While we might *still* be gaming on Zoom, designers from all over the world are ready to serve up new twists. Whether it’s magical realist convenience stores, fantasy adventure insects, or just a nice blimp, Kickstarter (and a new upstart) have what you need to keep your mind off (waving hands) all of this.

END_OF_DOCUMENT_TOKEN_TO_BE_REPLACED

Welcome to Kickstarter Wonk for August! Now, you might be looking down the headings and notice we only have seven games and an honorable mention. Well, that’s because, whether you know it or not, you got way more Kickstarter content this month than usual! Check out my preview of Dreampunk, which is still live for another ten days…really neat game using imagery cards to drive play through a dream world. Then you can read Seamus’s quickstart review of Avatar Legends, the new game from Magpie Games! That brings us up to nine, but you can count Avatar Legends twice if you also read the Meet the Party Seamus put together. Beyond those, though, all eight below are all worth checking out, and should help you ease the pain of missing this year’s superspreader event GenCon.

END_OF_DOCUMENT_TOKEN_TO_BE_REPLACED 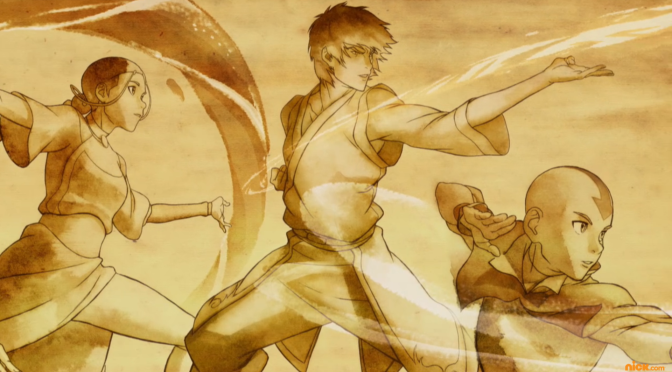 A waterbender of the North who refuses to hide behind walls. A firebender who suffered a great tragedy but knows who is really to blame. A scion of great shipbuilders who would much rather create things that helped instead of harm. An outlaw earthbender who has carved a line in the stone and refuses to let any cross it to hurt those behind her. Can they save their part of the world? What stories will they tell? Let’s Meet the Party for the Avatar Legends Quickstart from Magpie Games!