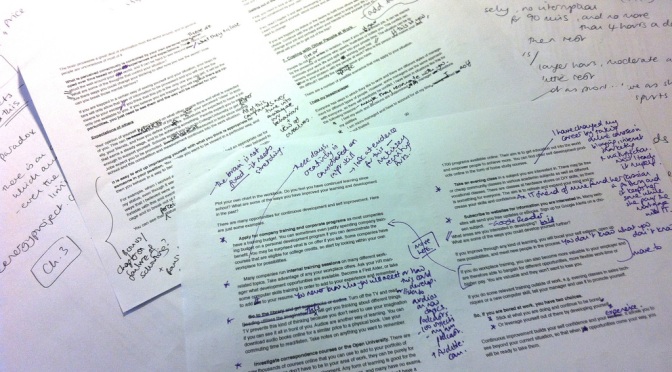 Are you a Butt-Kicker, a Specialist, or a Story-Teller? There is a huge world of games out there to satisfy every player’s and group’s style. And while there are academic discussions in every corner of the internet, sometimes it’s best to start at level one. Join the Level One Wonk in exploring the possibilities that RPGs have to offer, from Aberrant to Zorcerer of Zo. Today is the first of two articles about designing games of your own. Before starting a project with a clean sheet, you should mess around under the hood of games you’re already familiar with. Let’s talk about rules hacking!

No matter how many games are out there, none of them are going to be perfect. Whether something is missing or something doesn’t work quite how you want it to, every game is going to have different things that different GMs want to change. And change it they do…every gaming table has their own tweaks to most games they play, ranging from houserules to complete system conversions. The key to enhancing your game with rules tweaks rather than weighing it down is knowing when things work well, and when things are best left alone. There’s also something to be said about knowing when to walk away.

There aren’t many RPGs that aren’t hackable, per se, but there are some which are more difficult than others. The difficulty of hacking a ruleset which is independent of playing it (that is to say, which has nothing to do with the actual math of playing the game) has to do with unintended consequences. One of the reasons older systems are considered easier to hack is because the systems themselves aren’t set up with strong regard to balance or streamlined play. In Cyberpunk 2020, the armor rules led to enough strange outcomes that there was even an official “house rule” released in a later sourcebook. D&D Third Edition was famous for how variable the power levels of classes added in supplements were, and this was true across 3.0, 3.5, and Pathfinder. Once you get to newer, more deliberate rulesets like Burning Wheel, the amount of wiggle room is dramatically reduced.

When looking at rules and thinking about changes you want to make, it’s important to understand why the rule was written in that way in the first place. In some cases that reason is something like expediency or tradition, in which case changing it may improve your game. In other cases the rule is deliberately used for balance or feel reasons; this doesn’t mean you can’t change it, but it does mean you should consider the consequences the change will have on your game more carefully.

Houserules for systems represent the easiest way to hack and change a system, as well as the most common. If some mechanic rubs you the wrong way, change it! That said, altering rules as you go is an easy way to end up in a weird spot but also annoy your players, who may like the rule you just axed more than you do. The best way to go about houseruling is to identify why you want to change the rule, and use that as the basis for what you change.

The easiest houserule is exclusion, and it’s built into systems like GURPS. In GURPS, you are given the smallest unit of rules that constitutes the game and told to add from there; this way your game is as simple as possible while delivering the experience you want. If you aren’t playing a generic game, you may be doing this at your own discretion. In D&D, many people either simplify or ignore the encumbrance rules, as an example. While knowing that 50 coins weigh a pound could be important in a gritty game, it’s not so relevant for high-powered adventurers. That said, if you aren’t paying attention to encumbrance then the Bag of Holding your party picks up won’t seem as important. That in itself is a small example of how houserules have knock-on effects.

Next easiest is changing values. If something seems off, or in your particular setting a rule is ripe for abuse, there’s nothing wrong with tamping it down a bit. This is where you need to be careful about how you define abuse…not every potent ability is being abused, and players will feel unfairly put upon if you single out their character’s abilities.

Finally you can add something completely new. This is where things get hairy, but also where you’re being more of a designer. If you want the system to do something it doesn’t typically do, feel free to add it in…but this is a place where seeking out prior art can be helpful. Either look for variant rules of the game that already exist, or look for a different game that already does what you need. Whether you write something new or use something existing, be sure to test your rule, either alone or with your group. If it doesn’t work the way you thought it would, you can tweak it or revert to the original rule.

A lot of games out there have really neat, really unique rules. And sometimes, you really love one aspect of a system but don’t want to use it wholesale, maybe because there are other things you don’t like, or your group already has a favorite system. This is a good place to look into taking the one part you want, and adapting it to the other system. Just like houseruling, you need to consider the consequences on your game, but unlike houseruling it’s going to be much easier to figure that out just by looking at the game you’re taking it from. As an example, Spellbound Kingdoms has a pretty cool abstracted wealth mechanic that works very differently from many other games where you count your coins, for lack of a better term. That mechanic from Spellbound Kingdoms could port into a D&D game fairly easily, as long as you have some idea of how to convert the wealth levels from one game to another. If you do, though, you’re going to de-emphasize money acquisition a little bit compared to rules-as-written. For a high-powered or high-magic game this might be perfect, but for a more gritty swords-and-sorcery game you may miss the detail of the original system.

You can also take the entire rules system of a game and use it as a scaffold to adapt a different game, but this is where we start going from rules hacking into game design. Instead of testing and tweaking rules and subsystems, you’re trying to develop a variant system that takes the best parts of two games. While using a game that’s already generic, like Fate or GURPS, will feel more like rules hacking as you use existing resources to write your adaptation, taking two games of different genres may involve both more and different work. I wrote an adaptation of Cyberpunk 2020 into GURPS which was playable within a couple weeks…if I wanted to write a Cyberpunk adaptation of, say, Burning Wheel, it’s going to be a significant undertaking.

While there’s nothing wrong with “significant undertakings”, you have to know if your goal is to make a more playable or fun version of a game to play, or if the design project is part of the goal. If the project is the thing, you can make your scope as ambitious as you want (though making sure you finish it is an additional challenge). If you’re trying to tweak a game so you can actually play it, economy of change is important. Houserules tend to bloat up a system faster than rules-as-written, usually because the rules are written with less consideration to how they make the design feel. The Cyberpunk 2020 armor house rules are a great example of this. The original rules involved each piece of armor having a numbered rating. That number was subtracted from damage. It was simple, but meant that armor capable of stopping high-powered rounds made characters impervious to damage. The new system took that rating and made you cross-reference it with the weapon damage on a table to determine how much damage got through. The results felt a lot more consistent and realistic, but combat took significantly longer to resolve. This is a constant hazard in houserules, and a lot of changes will bog the game down if they lack the consistency of the original rules.

There’s also often points in rules hacking where you’ve simply gone a bridge too far. All the little additions and deletions have made the game less intuitive than it was, and maybe like a different game entirely. While you can make a new game out of your houserules there’s rarely enough substance there to stand on its own; that’s how you get fantasy heartbreakers. More likely, you can either start from scratch to make your new game, or see if something already exists which fits the bill. After converting Cyberpunk 2020 to GURPS I tried doing the same for Fate…when I saw Interface Zero: Fate edition, though, I put my project down and used the newer system that already existed.

It may sound like I’m being discouraging to rules hackers, but that’s not the case. The best thing about hacking existing systems is that if something doesn’t work the way you want it to, you can change it back! For walking along the path from hacker to designer, though, one of the most important things you can do is keep track of mistakes or missteps along the way. If you keep track of what didn’t work as well as what did, it will help you identify not only what works well but also what you like, both to write and to play. This is the body of experience that can help you become an effective rules hacker, and maybe a designer as well. As for making the leap from hacker to designer, I’ll be returning to that topic in a couple of weeks.

One thought on “Level One Wonk: Rules Hacking”