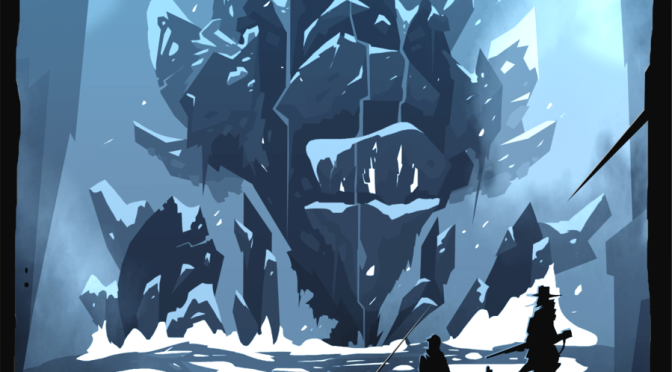 I’m a fan of games with some heft to them. Rules and procedures are the elements of role-playing games which enable them to generate bigger, more interesting stories than the players could have come up with themselves. Unfortunately, rules-heavy and procedure-heavy games are stuck with a long history of taking up the mechanics of their wargame-based forebears without a great reason to do so. Rules and procedures can be so much more than physics engines and combat mechanics, after all. What if your game built out rules and procedures that were distinctly literary in origin? Imagine that the game not only traces out the course of your story, but also gives you procedures for establishing your own symbolism within the story. It’s quite possible that the game you’re imagining looks a lot like Nicolas ‘Gulix’ Ronvel’s Facing the Titan.

Facing the Titan is a story game quite literally; like Fiasco it’s designed to tell one kind of story and more than that, it’s not designed to make that story about challenge. It’s unlikely you’ll ‘lose’ Facing the Titan, instead the game is intended to give the narrative journey you go on while playing a bit of oomph. What makes Facing the Titan stand out, to me at least, among a field of so-called story games is the use of mechanics. While there’s no combat rules nor implied mechanics for failure, Facing the Titan gives you several potent mechanics for making sure that when your group faces their Titan, they’re going to tell one hell of a story doing it.

Facing the Titan is largely a hack of Epidiah Ravachol’s Swords Without Master. It takes from that game some basic structure: One set of two six-sided dice is shared between all players, and each phase of the game involves passing the dice between players and making rolls not to determine if you succeed or fail, but rather what it looks like when you do what you try to do. Facing the Titan moves away from the original game’s looser “rogues” theme and instead puts forth a set of game phases which tell one specific story: The Companions (characters) must defeat the Titan, a massive monster which has huge influence over the world in which the game takes place. Through five phases, the players establish who their characters are and why it’s them who must defeat the Titan, what the world looks like and why it’s worth saving, who the Titan is and how they came to have dominion over the setting, and finally, what it actually looks like when the Companions face the Titan and if they defeat it.

In case it wasn’t clear from the introduction, Facing the Titan is a heavily procedural game. Each of the five phases has specific elements and indicators, and each has its own rules about who can pick up the dice, when the dice must be rolled, and what happens given specific dice outcomes. These procedures all roll up to two elements: Tones and Motifs. The game is played with two contrasting dice; the book uses black and white as indicators but any pair of colors can be used as long as you know which is which (not unlike Fiasco). Each Phase has a set of two tones, and the light die represents one while the dark die represents the other. There’s also the Tones of the Titan: if the dice come up doubles, then instead of going with one of the two Tones embedded in the Phase, you choose one of three which are associated with the Titan you’re playing. The Titans all have their own ‘playbooks’, so to speak, and elements of them very much define how the setting will be built around them.

The other major element, Motifs, both paces the game and puts some meat around the storytelling. Ironically, for how much they form the skeleton of the game, there’s not much guidance on what exactly they have to be (in the rules at least, we’ll come back to that). Each Phase will have four motifs associated with it. As the players go through the procedure of the Phase, if a Motif comes to them, they write it down. As far as rules are concerned, that’s about it. There are also Echoes, which must call back to a previous Motif and in that way drive and focus play in the later phases.

The rules very intentionally give sparse guidance on how to write Motifs or interpret Tones; these are the ‘rules’ which give the game its flexibility, after all. However, the designer is clearly aware that these concepts take a bit to wrap your head around. The book includes practice exercises (yes, practice exercises) to give the players a chance to practice playing with Tones and Motifs before getting into the game. This is a little detail, but I feel like it’s worth highlighting: on average heavily narrative games show little if any empathy towards the difficulty of grappling with what are, in these games, core, non-optional concepts. Usability and teachability are huge, and Facing the Titan is a game that is putting forth the effort in making the game both playable but also able to be taught. This is a bar that in indie games is more often missed than hit, so I appreciate it when I see documents designed with that intent in mind.

While the specifics take a bit to understand, the game at a higher level makes a lot of sense. The first Phase is the Companion Phase. This is where the characters are introduced, along with why they’re working together and why they must defeat the Titan. The second Phase is the Titan Phase. Operating as a flashback, the Titan Phase explores and explains what the Titan is and how it came to be. The third Phase is the World Phase. This introduces more information about the setting of the game, using setting information from the Titan’s ‘playbook’ as a starting point. The fourth Phase is the Preparation Phase. This is when the characters gather their resources, steel themselves, and get ready for the battle to come.

The final Phase is the Clash Phase, when the battle with the Titan actually happens. The core of the story is narrow: the Companions reunite, prepare to battle the Titan, and then do so. These events though are bolstered with exposition, and recursive exposition which really intrigues me. Certain die rolls prompt you to answer questions or introduce elements in certain ways; there are rolls which make you answer questions about your character in the negative, and there are rolls which call into question elements which had been established in earlier phases. There are highly effective uses of randomization in this game, though each Phase is bringing slightly different ones to the fore. In the last Phase, this randomization includes character death, with the core of the Phase starting (most of the time) when one character dies and their player takes on the role of the Titan. 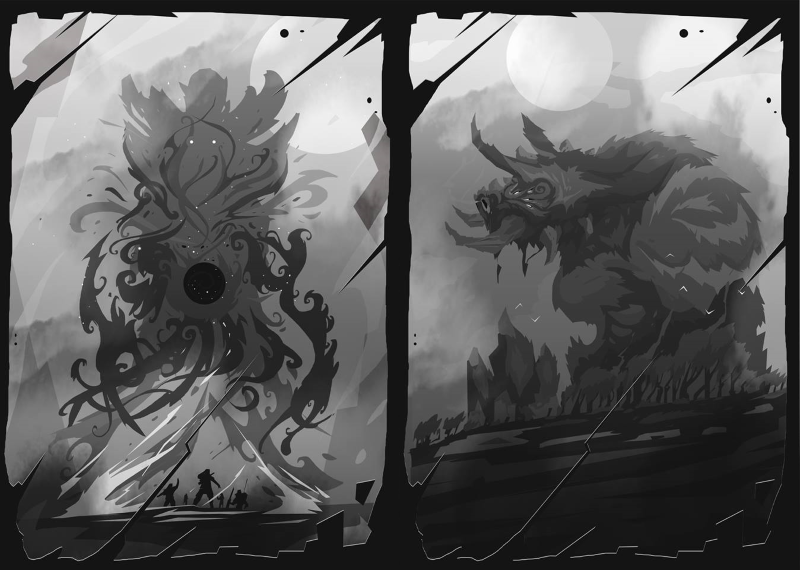 Facing the Titan is a game that demands to be played. I can describe how it works, and what parts of it I think are neat, but the game itself is completely shaped by what the players bring to it. Tones and Motifs are central to the game but just reading them on the page only gets you to how to use them, not how to understand their impact. Same goes for these procedures. Reading about swiping dice from people and other mechanics that sound utterly chaotic don’t really give me a good sense of how this game’s conversation is going to go. This is a very different game than ones you’re probably used to, especially if you aren’t familiar with Swords Without Master or its predecessor, MonkeyDome (which I had never heard of until reading Facing the Titan).

My reaction to that different game, though, is that I want to play it. I want to get some friends together and give this a solid try. I think you should give it a solid try too. Facing the Titan has learned a lot of lessons from the GM-less narrative games like Fiasco, but still goes more for the empty canvas that makes a lot of narrative games so intimidating. With the solidity of the procedures in the game, though, you have something you can hang a story off of. I know I can’t give the game a really fair shake without playing it…but reading it makes me want to play it, and that’s high praise I can give.

Facing the Titan is available in PDF form on DriveThruRPG in both English and French, with a print-on-demand version on the way. Thanks to Gulix for sending us a copy to review! Art featured in this article is by Roger Heal.

4 thoughts on “The Independents: Facing The Titan”