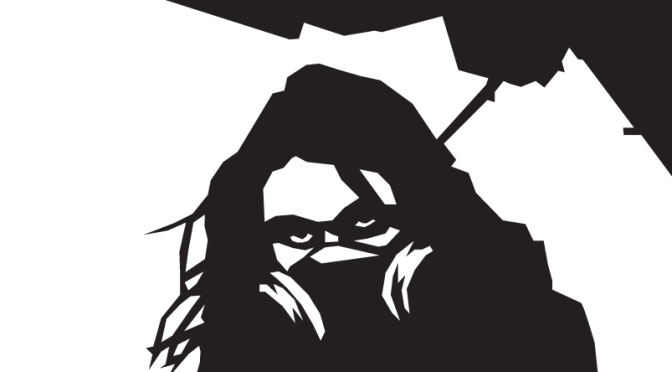 It’s tough being the first. Back in 2010, before Dungeons and Dragons Fifth Edition (and before Fourth Edition Essentials too), Vincent Baker released the first edition of Apocalypse World. While the praise was immediate, the snowball effect of the game had just started. By the time Baker released the second edition, now (and from this point forward) sharing the byline with his wife Meguey Baker, Powered by the Apocalypse had become a force in the indie game world. After another five years, the Baker family revisited Apocalypse World again, with Vincent and Meguey working with their children to produce Burned Over.

There are two things about Burned Over which caused me to overlook it initially. The first was a misunderstanding, though also a reflection of how many indie games are made these days. Burned Over is a hackbook, and having not heard this phrase before I confused it in intent with an ashcan. An ashcan is essentially the game equivalent of a minimum viable product or Early Access; it contains the rules to play and a first draft of the written game while being otherwise incomplete. Burned Over is not incomplete; though some of the initial rules were released on Vincent Baker’s Patreon (of which I am a subscriber, full disclosure) in ashcan form, the hackbook as it stands is complete, laid out, and 100% playable. What hackbook means is that Burned Over is a hack of Apocalypse World released as a book; Burned Over requires Apocalypse World to play though this belies the differences made somewhat.

The second element which caused me to overlook Burned Over at first came from the description of what it was. When the Baker family undertook Burned Over as a project, it was described as a version of Apocalypse World which toned down the sex and violence of the original. My initial reaction was that this would be a bowdlerized Apocalypse World, and I didn’t really like that. Needless to say I was wrong, but it meant that I didn’t actually read Burned Over until I had seen praise of it elsewhere. Burned Over strongly recenters many elements of Apocalypse World without changing the core mechanics of the game or its core gameplay loop; this recentering both revises and strengthens the rules as well as shifts the game’s relationship towards its own setting. While this is perhaps too informed by recent discourse, I think Burned Over shifts Apocalypse World from genre emulation of post-apocalyptic film and games to being a post-apocalyptic work in its own right with its own setting.