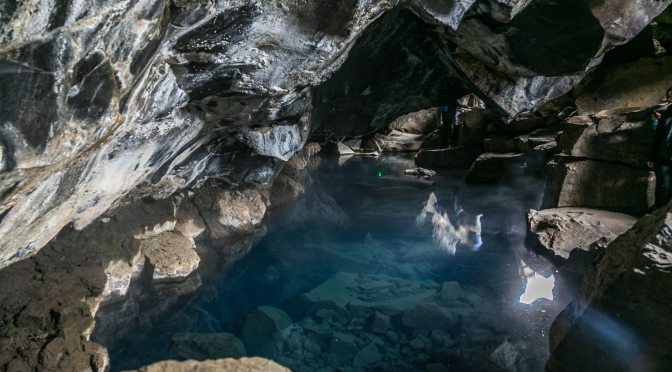 The party made it to the castle, sending a signal flare to warn the regent of the doppelganger they were following. By the time they made it there, three of the pirates had not-Hugh in a sleeper hold, and the doppelganger’s command of language was deteriorating. The group went to see Sybil the regent, after providing some quick proof that they were not in fact doppelgangers themselves.

Sybil was appropriately disturbed by the news of the doppelgangers, as well as the other things the group had seen in the Mage’s College. The whole area would need to be cleaned up more thoroughly, but for now a quarantine should do. There were still open questions as to whether the gates that had been seen in the College were open, whether there were other teleportation implements down in the basement, or more simply what had happened to the wizards who were originally trapped. With both odd dungeons at least partially mapped and contained, though, there were other priorities at hand. The group spent the day resting and recuperating, and then prepared to trek south to the Third City.

With merely walking boots and their mule, the trip would take three days. The party prepared their rations, and built a false bottom into their wagon for the purpose of carrying their coin…Third City would be their first beacon of civilization since leaving Port O’Rock, which would give them a chance to spend much of the coin they had acquired from the tombs and dungeons they had plundered so far. The first day of the trip was uneventful, and the party set up camp in an abandoned village. At least they thought it was an abandoned village. In the middle of the night, Ander heard noises from the sky, and woke the group. Three large bird-like figures were circling overhead, slowly descending. Elliot, not being one for subtlety, took the ballista he had removed from a trap days before, and shot a fiery bolt at one of the creatures. This scared them off fairly effectively, and the group returned to sleep. The next day they saw what they were shooting at. Three hippogriffs were perched on a building they now recognized as a stable. Of course the Waterborne Empire was large enough to have hippogriff stables. The creatures were not exactly tamed, but not exactly wild, either. Using his ability to speak with beasts, Elliot tried to convince the hippogriffs they meant them no harm. The hippogriff with a mess of burned feathers from where Elliot hit him walked up, made eye contact with Elliot…and spat at him. The three creatures then flew away. While the relationship between the party and the hippogriffs wasn’t violent, the encounter could have gone much better.

The party continued their trek south, travelling a road with a floodplain on one side and a series of rocky cliffs leading down to a sand beach on the other. After another several hours of uneventful travel, the party happened upon a group of people guarding a cave entrance. The pirates had mentioned a djinn, and this seemed to be the right place. Still relatively fresh, the party decided on a detour, and Elliot snuck down the cliff face to the entrance of the cave. The guards were rank amateurs, and Elliot cold-clocked them both with ease.

The party made their way into the cave, swimming through a passage and knocking out a few more guards before making their way into the djinn’s chamber. The marid, the self-styled Shah of Kavish, was none too happy to see them, and met their violence with violence. Almost immediately Jethro and Elliot were knocked back by a potent blast of water; Elliot was stunned and Jethro was laid out. Hrive was able to get Jethro back up, but only through the grace of solid hits and having had fully rested was the party able to eventually best the Shah. Battered, bruised, and soaking wet, the party recovered the Shah’s fortune from the bottom of the chamber, and told his various guards, minstrels, and other supplicants that they could find safety by relocating to the city of Glebhavern. It may be full of pirates and cultists, but the city was slowly repopulating…

Don’t fear the sidequest! When I first made the map for this game, the djinn showed up through some random rolls, and I placed this dungeon on the map without really knowing how it would fit in. Indeed, it’s here in session 11 that the djinn finally shows up. There’s not too much connection to the overall plot, but the XP and treasure were complemented by people, who would head up to Glebhavern and give an in-game explanation to the town’s slow renewal. It just goes to show that a sandbox has more opportunities for diversion than any sort of pre-written plotline…and these diversions can work to your benefit.

Another such diversion was the random encounter with the hippogriffs. After the gorgon showed up, it was clear that there was some interest in unique mounts. And I wasn’t unwilling to give those to the group. I had a bit of a quest line, even, about following the hippogriffs to their relocated nests, maybe throw some hostile animals in the mix…and then the ballista came out. Sigh. While my considerations of opening up the map with flying creatures never came to fruition, a nice little bit of “actions have consequences” helped ground the encounter back to the storyline as it was occurring.

And this brings us to the one actual bit of overarching plot, which sent the PCs down towards Third City. The tidbit from several sessions ago held fresh in the PCs’ minds, and they wanted to head to Third City to see if they could find where the emperor or the rest of the imperial family had gone. As a point of contrast to the earlier encounter with the djinn, the plot thread about the emperor had held the PCs’ attention, even over multiple sessions of it not coming up. When you’re running and something holds attention, let the players follow it! In a sandbox you may not have much of a choice as that’s the direction the characters will run towards, but in any game you can benefit by paying close attention to what the players engage with. Ultimately, your plot should not be a sacred text; your players are doing you the favor of telling you what’s most interesting to them.

Now, picking up the pieces of all these events would not be perfect. The story of the doppelgangers was muddled as it got to the point where it reconnected with a main plot, as I wasn’t sure how to link everything back. That said, there will be references in the future to what was going on in the Mage’s College. The journey to Third City is indicative of what happens as the players “find the plot”, that is to say, they find a single thread and just keep pulling on it. Keeping the breadth of a sandbox open when this happens is difficult, and as will become clear in future installments, I didn’t do as good a job as I could have. Nonetheless, the journey to Third City is one which introduced some new characters and conflicts, even while keeping the players’ eyes on the Imperial Prize. While I may not have kept all the pathways as open as I would have liked, there were still some solid encounters and plot twists in that stage of the campaign, so I’m excited to share it. The Third City, and its Dragonborn governor, await in future installments of this Adventure Log!

Want to know more about what’s going on? Check out the previous Adventure Log here, or start at the beginning.