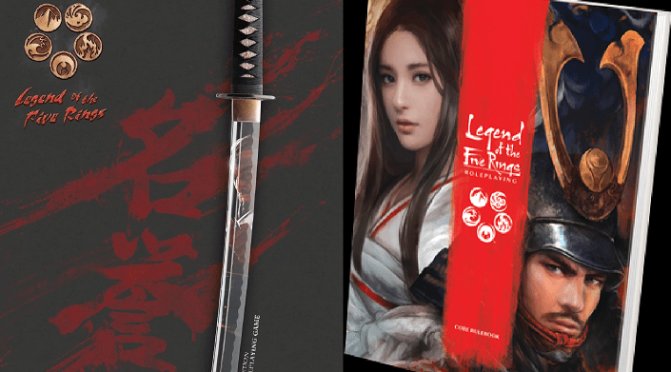 Memories are a powerful thing. They define much of who and what we are, and even when the edges become hazy some things, some impressions, remain crystal clear in our psyches. I can’t remember how long ago it was (though math tells me that we are pushing 20 years now), but I can remember who I was with and what we were doing (trying the dangerous addiction that is Magic: The Gathering)  when I was first introduced to my Friendly Local Game Store. Looking back, it was dingy and in a sketchy part of the neighborhood, but I would wind up spending so much time there over the years that I can’t help but look back at it with fondness.

It was on one of those trips that I was saw something that caught my eye: a card game that I hadn’t seen before, but whose art reminded me of some of the new cartoons I was seeing at the time. I wound up buying a pack and trying out the game and, I had no idea what I had stumbled into. I played for a while, found some of the tie-in novels, and largely forgot about it as a part of my adolescence that I would likely never see again. Suddenly, in the last six months, Legend of the Five Rings (commonly referred to as L5R) came back into my life. I not only found that there a Tabletop RPG version of the franchise, I found myself playing in two different editions: the 4th edition, originally published by the original creators Alderac Entertainment Group, and the new version created by Fantasy Flight Gaming. I found myself marveling at how different they were, and yet, how strong of a fanbase I found for each. After having played a bit of both, it seemed worthwhile to look at some of the pivot points at which the game changes.

One thing that both systems have in common, broadly speaking, howis  stat blocks are generated: Players choose a Clan and Family, which provide changes in attributes, Schools, which act as classes, and through spending experience characters are able to raise their attributes and skills to build bigger dice pools in order to improve their chances on rolls. In both, attributes are linked to the eponymous Five Rings, and in general provide suggested starting points for building dice rolls. The skills, as in most systems, tend to involve a specific action and tack on extra dice to the pool when they can be applied. Both are “roll and keep” systems, but the two go about doing it in very different ways.

The newer, Fantasy Flight system uses a completely novel dice system, defying standard numerical values with a symbol based system. This will not come as a surprise for anyone who was Living on Borrowed Time, or for those familiar with Genesys, their Universal Roleplaying System. It has become something of a hallmark for the company over the years, so it was ultimately not surprising that they decided to make a variation on that for L5R. Seamus did a quick primer on the system back when the Beta had been released, and he summed it up:

“There are two types of dice, Ring Dice and Skill Dice. The Ring Dice are based off of the eponymous five rings of Fire, Water, Earth, Air, and Void, and are the equivalent of attributes or characteristics; they represent the character’s personality and core strengths, and use d6s. Skill Dice represent training and areas of expertise. Skill Dice are more potent than Ring Dice, and use d12s (always glad to see the d12 getting more work). Every die face on these dice are either blank or carry some combination of symbols: Success, Explosive Success, Opportunity, and Strife. Successes are successes, and Opportunities are additional options (think Advantage from Star Wars/Genesys) to notice something extra, enhance a success, or create a story aspect. Explosive Successes count as a Success but can then be re-rolled to try and generate more symbols. Strife doesn’t affect success, but actually accumulates over a number of rolls; either the character eventually gets to take a breather and reduce Strife, or they eventually lose their composure.”

I’m a big fan of the narrative system that you get from Star Wars and Genesys, but L5R goes further. Players can only keep the number of dice equal to the Ring Dice they rolled and apply them to results, even if they have more Skill Dice. The number of Ring Dice that you bring in depends on your Approach, which corresponds to the different elements of the Five Rings. For example, a fluid and balanced approach would come from your Water Ring, while a fierce and direct approach would come from Fire.

What makes the balance interesting is that the GM will assign what they think is the best approach, and what would be less effective. The “proper” approach might have a decreased Success target number, while other methods might make it more difficult. This gets built into the Beginner’s Game, but in practice GMs have to have either had this accounted for in their planning or come up with it on the fly. I think it’s a feature that makes the game more interesting, and causes players to be more thoughtful. Because of the sliding potential difficulty, players need to balance their personal favored approach versus what the situation might normally call for. If players want to take fewer dice for a lower difficulty, Strife becomes more of a sticking point: you may have all the successes that you need, but do you want to take the mental stress for it? Will it come back to bite you later? Do you need to pass this roll, or would it just be convenient?

In contrast, 4th edition L5R is a lot crunchier. It runs on a d10 for its “roll and keep” system. While the Rings still play a part, most have been subdivided into a pair of Attributes (capital A) meant to represent it. These are pairs, meant to show a mental and physical aspect of what the ring represents (Intelligence and Agility, Willpower and Stamina) and your Ring Value does not increase until both are raised to the same number. Similar to before, players construct a dice pool with a total number equal to their combined Attribute and Skill scores but with one serious difference: with only rolling d10s, the number of dice kept is considerably more potent than the the total number rolled.

What offers a bit of a twist is within the character’s Schools and Skill Mastery perks. Mastery perks are bonuses that skills offer when characters reach a certain rank, and add an extra bonus. This can be as simple as getting to roll an extra die in certain situations, to bonuses on cumulative teamwork rolls that make incredibly difficult challenges possible. Schools also add nice wrinkles by offering bonuses off your Insight: a number generated from the Ring Values and your total ranks in skills. Because this keys off of Rings, and not Attributes, it is there to dissuade people from becoming a Jack of One Stat and spreading yourself around.

Special note also needs to be given to how the two versions deal with damage. The AEG versions have gained a well deserved reputation for lethality. The damage output of weapons greatly outpaces players health track, even when heavily armored, and a single hit from the basic katana has a very good chance of pushing the targets health track past a buffer threshold and into Wound Penalties. The penalties upgrade the difficulty of every skill roll, starting a downward spiral. The lethality isn’t bad in and of itself: players are encouraged to solve problems by roleplaying or diplomacy, or choosing to play a more strategic role in mass battle scenarios, even if it results in less personal glory. Yet, it might be a bit of a departure for players more used to systems where they are immediately thrust into the center of battle, and who love to play for the combat.

The Fantasy Flight version on the other hand, runs with a clear connection to other works in their narrative dice system. When hit by an attack, players are able to ignore the incoming attack if either their armor absorbs the blow, or if they spend Fatigue equal to the damage dealt to block it. Fatigue is the closest thing to a health track in the game, and is meant to reflect the growing weariness from battle. If they player cannot do either, they are dealt a Critical Strike, putting serious and perhaps lifelong consequences on the character.

While those are the biggest differences in the core books, there is also one edition-wide: splatbook creep. By the time that 4th edition finished publication, there were around twenty extra volumes published to flesh out the setting, to introduce more features and nuances, to add more classes. As a result, there is far, far, far more available for players who love optimizing, or who want to pursue a specific feature of the game. In contrast, the FFG version has only released one supplement, Emerald Empire (a title that is copied from an AEG book), and a few downloads and accessories.

Though not related directly to the proliferation of splatbooks, there is one consequence caused by moving from publishers: setting history. AEG began the entire setting, and they had about 20 years to use it as their sandbox. What’s more, they acutely paid attention to what happened at tournament level play for the card game, and advanced the plot based on the results. Over those 20 years, they built stories about the rise and fall of the different Clans, and even managed to promote a Minor Clan to a Major one: The Mantis, and it has become a fan favorite with a large contingent. AEG didn’t just do card games: they built a long, and beloved plot that included published novels. A lot of people may never want to leave the system because this is comforting to them…and that’s ok! The FFG is a bit of a reset: a new start, returning to the original status quo…and that’s ok! It really comes down to what players want.

Each of the systems has its own merits and flaws, faithful and detractors, and after playing both, I can’t say that I see critical flaws with either system. One caveat: know what your player base wants and enjoys or, simply, is in the mood for. The AEG 4th edition is crunchy, complicated, and has a long history. It has great appeal for people who love to get into the nooks and crannies of a system, who want to deeply invest in the history of the setting and who love to calculate their approach. That, personally speaking, is not me. Even as I have been enjoying playing it, I can see that my style just doesn’t match into truly excelling in the system. The FFG version is geared to be more narrative and theatrical. I really enjoy the storytelling, and the roleplaying options that the Approaches can nudge my characters to take. Because I had only a passing acquaintance with the history at large, and I have trouble memorizing such a vast backstory, it doesn’t bother me to start from the beginning in terms of setting. Again, a lot of this will come down to personal taste. I just hope that this is helpful in figuring out which you would prefer.

One thought on “System Split: L5R AEG 4e and FFG”