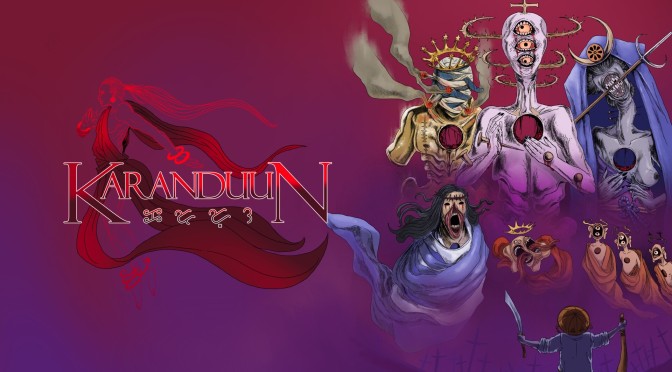 Many play fantasy RPGs for escapism. Could even call it power fantasies. A world where things that we could never imagine seeing in reality are as commonplace as rain falling from the sky. Dragons breathing flames. Gods that walk the land as if they were anything else of the world. Relics of grand, divine power. But it’s not just that. In these worlds, the characters we create are important. They’re important in shaping, travelling and influencing the fantastical world around them. It’s not only that they are powerful figures and beings. It’s that what they do matters. That creates an issue, however. What does “actions that matter” mean? Sure, you could slay some grand old Lich and raid their tomb/lair. But what does that mean when you’ve done it a thousand times. Sure, you forge the dragon’s scales into a set of armor. But when you can take an arrow straight through your bare chest and laugh, why do you need the armor other than as a rather intricate piece of jewelry?

This is the issue of fantasy games. Your characters are strong, yes. They can make big changes, yes. But what does it matter if the world will always have more dragons. Always have more giants. Always have something else for you to fight. Does it really matter if the rules simply don’t account for this rise to prominence within the world itself. This feeling resulted in me feeling a tad burnt out on fantasy RPGs. It began to feel hollow to slay yet another walking skeleton, despite reassuring myself it mattered. I moved towards superhero games such as Masks or more relationship and character based fantasy games, such as Thirsty Sword Lesbians.

However, recently I picked up a new RPG. And reading through it, I discovered something that I had been searching so long for but never found. I discovered a fantasy world where you are powerful, but not for the sake of power. You are powerful to unseat the corrupt and decadent rulers of the world within it. It’s a game where the Bards of the system can sway the masses with rules to accompany it. A game where you can stare down beasts of heaven and hell without blinking, because you know blinking would lead to your own downfall. It’s a game where you’re powerful to make change.

This is Karanduun. And with it, you will make Gods bleed.

Karanduun utilizes a unique and inspired variation of the Powered By The Apocalypse system.  Whereas PBTA is well-known for putting 2 six-sided dice to use in their games, the dice of Karanduun are based around pools that have the stats your PC has forming a combo with another stat to decide the total dice you roll. But that’s getting ahead of ourselves.

Karanduun is the narrativist answer to the weighty Exalted. It’s a game where your characters are practically physical gods unto themselves. “Karanduun is a modern Filipino Epic RPG about worthless heroes dismantling God” the opening of the book reads. And already, you gain something that is so lacking in many RPGs. Direction. You gain the skeleton for what the game is about. But you can mold and shape the flesh and heart of the game you’re playing with it. The game even encourages this later in the book in changing its base three Core Assumptions. The Core Assumptions mirror the Principles of PBTA, furthering the comparisons and that is a strength of the book. We will explore those Assumptions and what they mean later. But for now, we will un-table what we tabled earlier:

When creating a character in Karanduun, you first write up a short sentence concept for the character. Similar to what I said about premise earlier, this gives a skeleton and core to your PC. Along with having a mechanical invoking bonus for things related to it.

Following this, you decide your beginning stats which are divided into Nature & Skills. Natures are further divided into:

When rolling, you pool together a Nature and a Skill. Skills are based around many learned abilities, such as swaying a crowd, detecting a threat to you and your band, striking down a fallen angel, and so much more.

Remember how I mentioned this had PBTA DNA within it? In the place of Moves, a ruleset of default actions all characters can do, Karanduun has Acts. These are divided into four sections:

As I read through character creation and the opening pages, I was struck by how evocative it is. The game mentions taking inspiration from action anime, and as a fan of Shonen, I feel this system gets closer to emulating the heart of it more than many systems that base simulating anime as their selling point. It’s equal parts about the power you hold but also about what that means in the world.

And we haven’t even gotten to The Tungkulin. The Seven Roles that are similar to classes in traditional fantasy games or playbooks in PBTA systems, The Tungkulin are broken out into seven archetypes:

Moving onto the GM section, who is known in this game as the Almat Chanter (AC), you are given valuable advice in the form of responsibilities you are needed to hold true to as an AC. The Response you used in reaction to the players actions. And a list of Adversaries for you to throw in the PCs ways. If you have played PBTA, the first two parts may sound familiar to you. The third part is new, and very useful for the world you bring to your players.

Adversaries are divided into Threat Levels of 0-9, with 0 being your average person while 9 is an archangel from the broken Heavens themselves. Their Threat Level allows you an easy way of knowing their stats and what they mean in the rules. Along with this is a tag system to help further customize them.

Now, there is much more in this rulebook for you to see, but I would HIGHLY rather you read it yourself than let me tell you about it. You’ve likely seen the flowery terms I used in my review. Well, that’s because this game gets you in that epic mood that so many fantasy RPGs can never hope to capture. This is a world that can be beginning, broken or ending. And it’s you and your fellow Worthless Heroes’ duty to put it back together. But there is one more thing I wish to share.

A good while back, I posted about using the Karanduun rule system to help build a fantasy setting based around my own country’s revolution against the British Empire. To which the creator of this game, Joaquin Kyle Saavedra, was kind enough to reply:

Dungeons and Dragons’ history of colonialism, both in replicating it and reinforcing it, has been long documented by many far wiser than me. But, we can never seem to get rid of it. Tasha’s Cauldron of Everything was far from being even a step in the right direction of undoing it. You can hope for DnD to make a better system, a system free of these problems.

Or you can venture outwards. You can find games by those who faced far too much from the issues that DnD ignores and promotes. And those people sought to make something unique. Something better. Something that won’t need rectifying because it never held the toxic beliefs in the first place.

Karanduun is a game about being powerful and having epic fights. But its heart of hearts is about striking down the oppressor who hurt those you care about, tore apart your world, and sits on stolen riches. It’s a game that is proud of itself and deserves to be. It’s a game that I cannot wait to see to get the credit it deserves. And if this article is a step in helping with it get that credit, I will be happy.