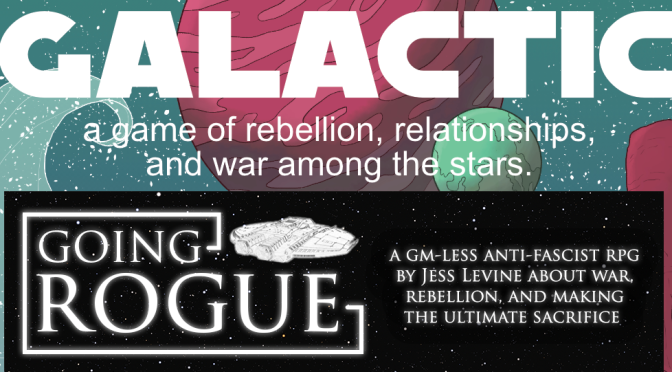 An interstellar empire controls the galaxy with fear, propaganda, and alienation. Only constant aggression, weapons development, and violence keep it propped up, but even with its brittle foundations it can cause untold death and destruction before it could ever collapse on its own. However, heroes both plucky and jaded are building a community beyond the empire’s reach and fighting for the liberation of the galaxy. We’re telling a galactic story of rebellion, relationships, and war among the stars before going rogue and putting it all on the line to pass the torch of hope onwards!