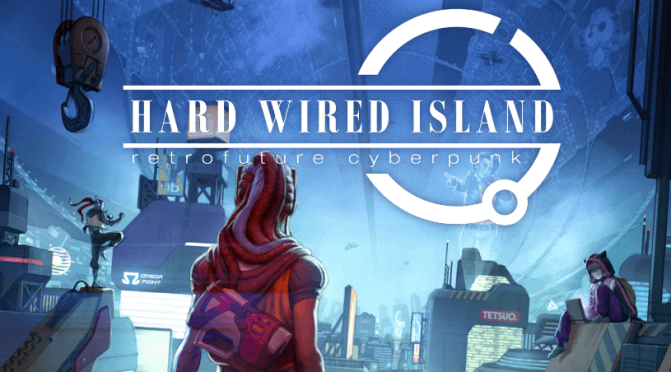 “In the distant future of 2020, humanity has spread to space. A meteorite struck Earth’s northern hemisphere in 1996. The Impact caused widespread environmental damage that humanity has yet to fully recover from, but it supercharged public interest in space exploration. Around the world, new political unions began pouring money into space programs. The result is Grand Cross, an O’Neill cylinder in the Earth–Moon L5 point. It’s Earth’s gateway to the stars, a launching point for missions to Mars and beyond, and a beacon of hope for its people — but it’s in crisis.

An alliance of space-based corporations known as the Offworld Cartel has moved in. While they sell space exploration as a shared dream they strive for along with everyone else, their true aim is control of Grand Cross and, through it, the future of space settlement. As their influence spreads, so does inequality and crime. The Cartel has convinced the current government to privatize many of the systems that keep Grand Cross running, and the station is slowly falling apart. Behind the scenes, they have even more underhanded schemes running in secret. If the next election favors the Cartel, they’ll be on their way to becoming the landlords of human space.”

This is the retrofuture cyberpunk game of people fighting the unchecked greed of corporations, technocrats, and worse to save their orbital communities, Hard Wired Island by Paul “Ettin” Matijevic and Freyja Katra Erlingsdóttir!