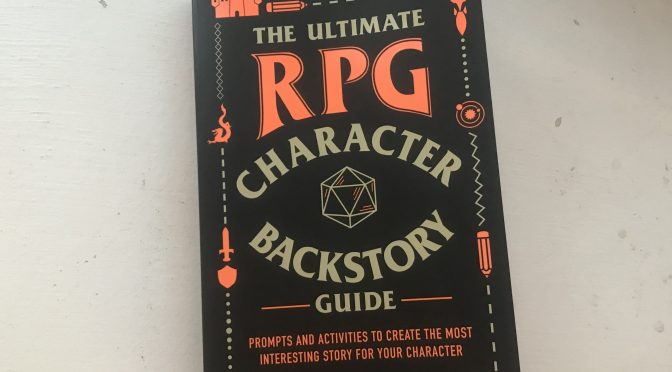 So you’ve got yourself an RPG character all set to go – you’ve got the stats, and the skills, and the starting gear . . . except there’s something missing. Right now all you really have are the numbers, but where’s the story? The fact that you have an 18 in your Strength stat doesn’t contribute to the narrative . . . except that from Across A Crowded Tavern (Exercise #9) the figure in a shadowy cloak notices that you bear a tribute to your athletic prowess, like maybe a scar earned in a test of strength or a tattoo received in victory. Such are the kind of things that you might get to learn about your character when using the Ultimate RPG Character Backstory Guide by James D’Amato! END_OF_DOCUMENT_TOKEN_TO_BE_REPLACED