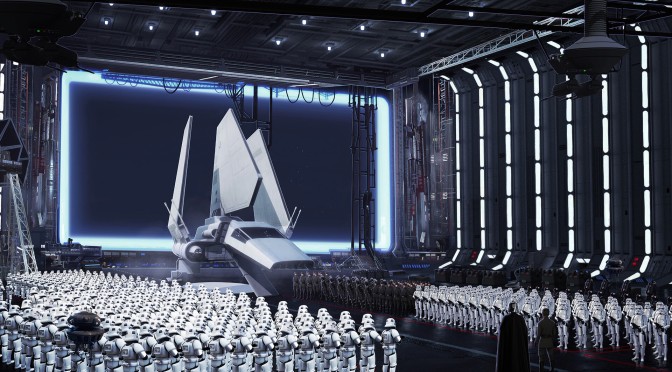 In general, among the writers here at Cannibal Halfling Games, we are attracted to the things that we write about for a variety of reasons. Sometimes, it’s because it is something at the cutting edge of mechanical development. Sometimes, it’s excitement at projects to come. Other times, it’s remembering a forgotten project that could use a bit more love. And, once in a while, we see something that makes us snort with laughter and say “Oh, I have to see that!” It was the final of these that had me take a look at the recent supplement for the Star Wars RPG from Fantasy Flight Games, Allies and Adversaries.

END_OF_DOCUMENT_TOKEN_TO_BE_REPLACED

Maybe it’s because I’m in dire need of a fix before Episode IX is released, but I find myself drifting back to the end of The Last Jedi. I know that it’s a polarizing topic for a lot of fans, but I keep thinking of the possibilities and implications left by the ending. The interesting part is, going at the question of “How Do I Build a Campaign?”, previous Star Wars Meet the Campaigns have created a location and then built up hooks around it. This method doesn’t work as well for something as broad as the entire galaxy. It might be simpler to have a GM pick a planet and say “this is what is happening here”, but unless we are talking about a popular setting like Nar Shaddaa, a write up for places of interest is less useful because there is little to keep players there without railroading them.

So, after some thought, I’ve decided to try coming at this from the other direction: rather than picking a location and populating it with plot hooks, this Meet the Campaign is setting up themes and using bits and pieces from throughout the system in order to build a framework that spurs a wide background of characters into the action. Unlike the previous entries, this installment is system specific for Fantasy Flight’s Star Wars RPG, but the themes are universal (or galactic) enough to be transferred over. And just to be sure, as this takes place after the events of The Last Jedi, spoilers will abound, so consider yourself warned.