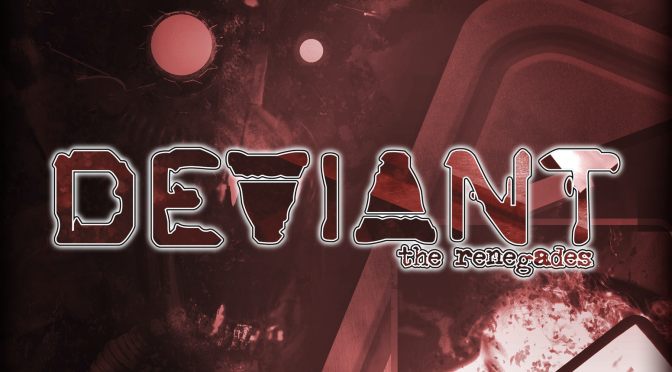 Role-playing games are like most media in that they tend to resonate with the largest audience when peddling a blend of novelty and comfort. That said, the hobby has a history of lashing out when too much novelty is introduced. Consider Fourth Edition D&D. Or Traveller:The New Era. Or Warhammer Fantasy Roleplay Third Edition. I could go on, but the point is fairly clear: Gamers like new things, as long as they aren’t actually that different from the old things they already have.

Say, what’s been going on in the World of Darkness recently?

END_OF_DOCUMENT_TOKEN_TO_BE_REPLACED

World of Darkness coming to TV: The World of Darkness has been optioned for TV. Again. IP Owners Paradox Interactive have pulled in some impressive names to develop a series which would be based on the World of Darkness setting as a whole, as opposed to any one game like Vampire, Werewolf or Mage. Many details of this sound promising, but with no distribution deal yet inked it’s worth noting that the TV world has produced plenty of vaporware with more. As a historical note, the last attempt to use World of Darkness IP in a TV series, Kindred: The Embraced, aired in 1996. Eight episodes were aired and the most common word used in reviews was ‘confusing’. In a post-Sopranos world one would imagine this next attempt will do better, but only time will tell.

The Adventure Zone and Games That Aren’t D&D: Popular Actual Play podcast The Adventure Zone is using Avery Alder’s The Quiet Year for setting generation in its upcoming campaign. That’s cool! They got the name wrong in the first episode it appeared, and failed to mention the name of the designer on-air. That’s not great! While the story took off on Twitter without confirmation (like such stories often do), the true version where the game was cited in the show notes is still illustrative of the sort of blinders many popular content creators have on. Yes, you’re correctly citing your sources, but not even bothering to get the name right on-air is still emblematic of the attitude too many creators have towards games in the hobby not published by Hasbro. An apology was issued, but this isn’t the first time this has happened and I doubt it’ll be the last.

Bundle of Holding adds permanent sales: Popular RPG sale site Bundle of Holding has expanded their normal time-limited fare with eight starter bundles which will be available on the site indefinitely. This slate will be expanded in the future but for now there are some solid options including Old School Essentials, Night’s Black Agents, Shadow of the Demon Lord, and Classic Traveller, all offering 3-6 books (and sometimes more) for less than the price of a single Hasbro supplement.

Apparently we’re talking about pricing RPGs again: Whiny fans have again taken to criticizing designers for…(checks notes)…pricing their work such that they can pay all the people who made it. The discourse is all over, but restarted with the release of Hard Wired Island, a roughly 400 page book that costs roughly thirty dollars. As a reminder, if the Hard Wired Island crew wanted to adjust their prices to be in line with the industry standard, D&D, they would need to *increase* their prices by at least 25%. Chris Bissette says it better than we can in this thread.

The political kingmaker is the fairest of them all, with a designer suit, a killer intellect, and a smile that will make men follow her anywhere. She is a master of the boardroom and has a knack for deal making, even when the terms seem a bit, well, strange. If you agree to them in jest, you may be surprised when you are compelled to follow through. The bartender is a short man, barely noticeable behind the counter. He’s quick with a smile, and a drink, and is always willing to hear a gripe or a complaint, and offer a quick word of comfort to the concerned bar patron. What is odd is the number of filled shot glasses he keeps over the lintel as a marker. The private eye has streaks of grey throughout his raven black hair. His eyes are quick and dart to the sides wildly. His smile, while charming, seems to have a few too many teeth. He’s been following up on a number of abusive husband cases lately. It’s a bit odd how so many have seemed to disappear, but no body, no crime. It might seem as if all of these characters have nothing in common, were it not for their  enemy: the beings who took them away to a far off land, and who may come to take them again. And for that, these Changelings will join together to stay alive.