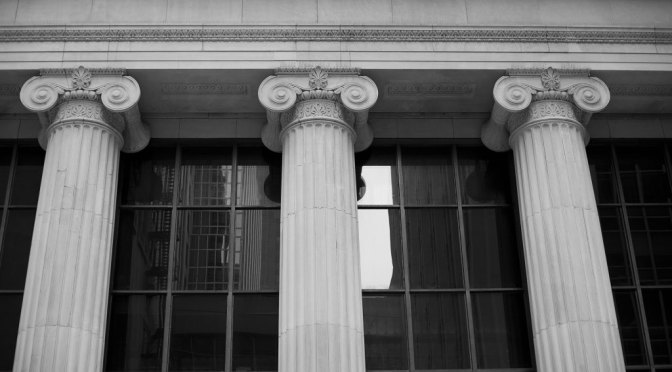 The “Three Pillars” are a long-held ideal of what a Dungeons and Dragons campaign should be focusing on: Combat, Social Interaction, and Exploration. The ideal, more or less, states that each should have an equal share in the adventuring career of the party. That comes down to the personal tastes of the DM, the party as a whole, and even particular players, but it has definitely been true that when it comes to gaining experience points in 5th Edition D&D Combat has been the one bearing the most weight. Monsters have easily defined and consistent XP values, while the same cannot be said for Exploration or Social Interaction. Now, in the latest Unearthed Arcana, they’re presenting some options for changing that.

The crux of the Three-Pillar Experience is that each pillar should be awarding a roughly equal amount of XP, making each one equally attractive to GMs when it comes to adventure design and players when it comes to which challenges they’ll want to face. The foundation of this is that, when using this method of experience awarding, the XP required to reach a level is no longer exponential. Rather, when a character reaches or surpasses 100 XP they level up, and reduce their current XP by 100 to begin the next climb.

I like the concept of this, particularly at higher levels, because I feel that the vast increases in required XP have a tendency to encourage ‘filler’ encounters. You can have a big dramatic battle, or a startling discovery, or a tense series of negotiations, and yet if you’re a few numbers off then no new level for you. Better go find some minions to kill.  That is, frankly, not very good story design: you should always be trying to avoid doing things that don’t matter for any reason other than gaining points. In my ongoing 4th Edition game, an edition which suffered from this problem even more so than 5th, I switched to the ‘milestone’ method of gaining levels to avoid the problem once we hit epic tier, but that’s not for everyone. Players like to know they’re gaining, sometimes! I think this standardized 100 XP = Level Up method could be a nice way of splitting the difference.

The next step in learning the system is that XP is not typically divided among party members. If an action earns 10 XP, every player receives 10 XP. The only exception noted is when a party (which counts NPC helpers) consists of more than 6 characters. When that happens, the DM is supposed to cut all XP awards in half. That seems . . . decently fair, as everything in D&D gets easier when you have more bodies to throw at it (except perhaps Stealth, looking at you heavily armored PCs). The >6 limit seems a little arbitrary, and I wonder if it might be better at >5, but I suppose they had to draw the line somewhere.

Now, for the actual pillars. First, the old stand-by, Combat. The article explicitly states that Combat XP is gained by “defeating monsters . . . whether by slaying them or leaving them in a state in which they pose no threat”. That closes the ‘you only made them run away, you didn’t kill them’ loophole of denying XP, which I personally never cared for. Beyond that Combat XP is still based on Challenge Rating. Usually each defeated monster is worth 5 XP, but they’re worth 15 XP if their CR is twice your level or more, and only 2 XP if their CR is half your level or less. My favorite part is the fact that low CR enemies can still remain a viable source of XP: every one is worth 2% of a level after all, rather than a piddling amount that makes them not even worth the time of the player characters. That keeps them in the DM’s toolbox, particularly for epic battles when they want the players to face large numbers of enemies.

Exploration XP is divided into two different sources: Items and Locations. These are then divided again into the four different Tiers of levels. When it comes to Items, every single Item worth a certain amount of gold and every single magic item of a certain potency is worth 10 XP, with an additional 10 for every Tier above your current one. You do not gain any XP for items below your current Tier. My one real problem with this is the ‘single item worth X GP’ clause, particularly when the party reaches the higher Tiers and the requirement for getting XP can reach 50,000 GP. What if the party seizes a dragon’s hoard that’s worth 50,000, but no single item within it is worth that much. Rules as written, a Tier 4 character receives no XP for this. That doesn’t seem quite right, to me.

The second half of Exploration is Locations, which to my mind more fits the theme of Exploration in the first place. XP is again based on Tier, with 10 awarded for a location appropriate to your current one, an extra 10 for every Tier above it, and nothing for lesser-Tiered-locations. Of course, this is where the Tier system of awards starts getting fast and loose, because a location’s Tier is determined by its importance to your campaign. The article does provide some guidelines for levels of importance, but for the most part a DM is still where they were beforehand: having to eyeball the value of discoveries on their own. That’s about as good as it gets, though, since this isn’t a video game with preset values for discoveries like Skies of Arcadia or something, and at least the guidelines give a DM something to build off of.

As with Exploration’s Locations, a lot of this comes down to the decisions of the DM, especially when deciding what the ‘equivalent’ is. What Tier does a sphinx guarding the path to a pyramid belong to? Tier 1 doesn’t seem appropriate. Maybe 2? Or is this the pyramid of an ancient god-king who ruled the entire continent, which might make it Tier 3? I do like the fact that players are still gaining XP for NPCs ranked a Tier below them, though, as it makes this pillar a bit more flexible than Exploration.

The last section of the article focuses on when a DM decides not to focus on all three pillars, encouraging them to increase the opportunities for gaining XP through the pillars they are focusing on so that PCs are progressing at the same pace. The option is also presented for increasing the XP gains for the remaining pillars: a 50% increase if only two pillars are featured, and a tripling of rewards if only a single pillar is being used. It’s not bad advice, but it does seem a little counterintuitive to include a way to avoid using all three pillars in an article devoted to giving all three equal value. Then again, they’d probably receive complaints if they didn’t give folks not interested in all three an out, so what can you do?

Overall I think this is a viable option for gaining experience. It’s simple, it’s standardized, and it provides a DM with guidelines for nearly everything they might want to award XP for. I think there’s some fiddling that can be done with some of the numbers, and some more advice on what’s Tier-appropriate when it comes to Exploration and Social Interaction could make things easier, but between oceans of XP and the pure DM fiat of milestones I think this provides a solid foundation for the middle ground. But, of course, only time (and playtesting) will tell for sure.

2 thoughts on “Unearthing the Three-Pillar Experience”