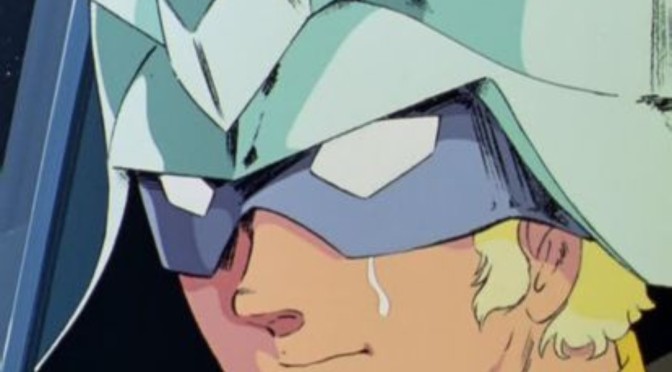 It probably won’t surprise you to hear that distributing RPGs can be a major pain, especially for independent publishers. Printing physical copies, funding shipping and distribution, dealing with returns, controlling PDF disbursement, combating pirates—the list of issues goes on. Some authors have chosen to sell games through their own websites, but many turn to the monolithic marketplace of RPG sales: DriveThruRPG. Despite some overlap with Kickstarter and Patreon, DriveThru is clearly the leader in both physical and digital RPG fulfillment.

That being said, a curious challenger to DriveThru’s platform has begun to stir up some discussion within the indie RPG scene: itch.io.

Though Itch originated as a marketplace primarily for indie video games, a small but dedicated group of RPG designers have begun to propose it as a possible monopoly-buster. The complaints about DriveThru tend to center around its dated interface and the high percentage of profits that they take from sales (around 30%). Itch is a much more modern storefront, and offers significantly more flexibility in pricing and profit-sharing (by default 10%). While Itch was designed to sell games of a different medium entirely, its founder has expressed interest in working together with TTRPG designers to improve its features for tabletop game sales. An in-depth analysis of this push for a new marketplace can be found here, written by indie designer DC.

By merit of being an indie video-game marketplace Itch has added tools for running game jams—time-limited competitions for game designers to create and release a game, generally all centered around a single theme. This functionality, it turns out, works perfectly for TTRPG game design events! Enter the Emotional Mecha Jam a game jam run from mid-January to mid-February 2019 by Takuma Okada and John R. Harness. This event challenged game designers to write role-playing games about powerful emotion using the framework of the mecha-anime genre—and they turned out in droves to answer the call. Something about this game jam caught fire, and by the end of the event designers ranging from industry-veterans to complete newbies released 177 games. The success of this jam cannot be overstated: in the span of a month the number of RPG’s available on Itch increased by 10%, purely because of this jam. As far as I know this is an unprecedented swell of indie RPGs, and if we keep seeing this kind of hype, Itch may well become a powerhouse in the RPG market.

I want to take the time to highlight some amazing games that were released as a part of the jam. This is by no means an exhaustive list of the games that are worth playing, but it is a good introduction to the kinds of RPG’s that were entered:

The Junkyard by Matthew Guzdial

Play as a gang of children exploring a junkyard and piecing together parts from a dismantled mech, and the story of how it got here. A GM-less game for 2-5 players over 2-3 hours.

The Junkyard is one of the most interesting games in the jam, and probably one of the more light-hearted. You play as a bunch of kids wandering a scrapyard, running from adults, and pilfering the remains of a mech to rebuild it in your hideout. All along you mirror the story of the kids with the fate of the mech and its previous pilot. There is something really intriguing about tying a tale of war machines to the imagination of children. Your session could range from a hilarious romp to a compelling story of loss and perseverance. What will you find in The Junkyard?

A one-shot freeform RPG about the death of a soldier, and what to do with what she leaves behind. For 4 players, over the course of an hour or so.

Rider’s Last Rites is the Emotional Mecha Jam game that runs the most risk of serious emotional bleed. Its story is raw, and has to do with putting yourself in-character as people who must mourn the loss of a friend, and make an end-of-life decision for their mech. Do you take the utilitarian path and tear Rider’s mech apart for scrap, or do you honor her wishes and send them into the afterlife together? Either way, Rider’s Last Rites is a heart-wrenching game that’s perfect for when you want to explore somber choices with people you trust. There are no resolution mechanics, and no dice to help you make the decision. It’s completely in your hands. 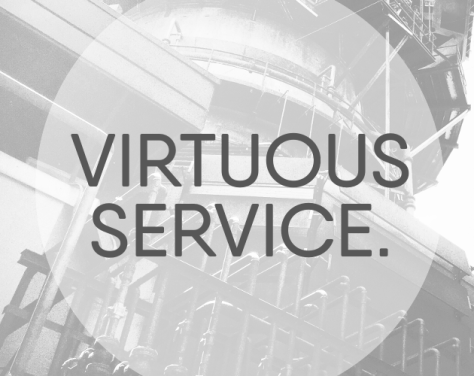 A GM-less, diceless tabletop game for three players. Over the course of the game, we will explore the relationship between a mech and its pilots, past and present.

Virtuous Service is a hack of Caroline Hobbs’ Downfall with a unique twist: instead of playing separate characters observing the collapse of their society you embody a single war machine. This embodiment is split into three facets that function both in tandem and opposition—The Machine, The Pilot, and The Revenant. As the game progresses, The Pilot fights a war from within The Machine, and is slowly consumed by The Revenant. A very personal take on the traditional societal-level stakes of Downfall. The game is less about why we would fight a war, and more about what it takes from us. 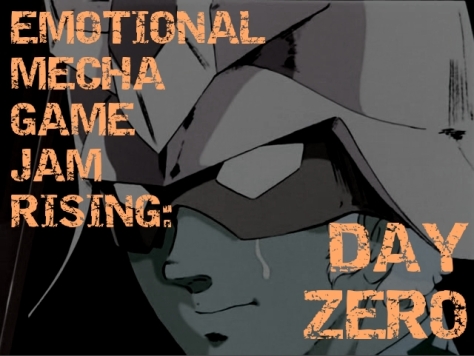 There was a time before the war. Before we needed the mechs. But that time is coming to a close. A prequel to any game in the Emotional Mecha Jam, for any number of players.

Have you ever wanted to slam two RPG’s together, just to see what happens? Emotional Mech Jam Rising makes this dream a reality and lets you lay the groundwork before you play another mech game from the jam. This game puts you in the shoes of the engineers and scientists designing the mechs that will be used in the coming war. Make bold technological leaps, wrestle with bureaucracy, and create the most interesting robot you can. The storyline may not fit as a prequel to every game in the jam, but it is a good way to extend the smaller games for a full session of play.

A mashup of Ghost Ship by Jay Iles and Psi*Run by Meguey Baker, Chris Moore, and Michael Lingner. For 2+ players.

Ghost Squadron plays with your memories, and forces you to watch as your character succumbs to their military form. You are a digital clone occupying a mechanical shell, made for war, but clinging still to the shreds of the person you used to be. As you go on missions you will begin to accrue memory glitches, and if you aren’t careful you will completely lose your past. Ghost Squadron plays with the brilliant resolution mechanics of Psi*Run, where every roll is likely to fail on some front, and you are forced to choose how this failure effects you.

MONOLOCK is a game of horror, survival, and sacrifice. It is played with 3-5 players, all part of a mecha squadron attempting to survive and flee the Predator.

When you are enclosed in a high-tech suit of metal armor and wield the most advanced weaponry your society has to offer, it can be easy to feel comfortable. MONOLOCK is an incredibly atmospheric jenga-based RPG that does away with this feeling of safety. You are vulnerable, you are prey, and you can’t even see the thing stalking you through the skies. The rules are a bit cryptic, but they do a good job of evoking a hotshot mech team fleeing from something far too powerful to face. MONOLOCK is reminiscent of another well known jenga-based RPG, Dread, with some additional powers and limitations to give it a more tactical feel. 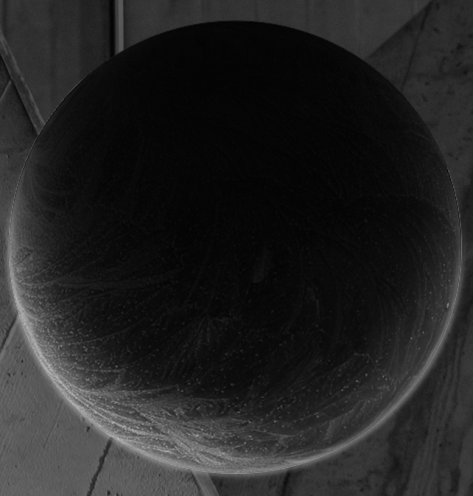 An Orb by Adam Roy

You are an ​ORB, ​a perfect killing machine. You are merciless, emotionless, and utterly devoid of empathy. A micro horror roleplaying game for two to four people.

A horror game built on a grim secret, An Orb centers around the story of a group of murderous automata hunting their prey in some baleful hellscape. The strength of An Orb lies in its bleak  characterization—despite being nearly perfect killing machines, the Orbs are plague with fragments of memory. How would an inhuman construct handle human emotion? Do you suppress your malfunctions and pursue your prey, or peer inward to where the memories lie? Dream and purpose collide, and there is no happy ending. Be warned, only the GM should read the entirety of the rules! 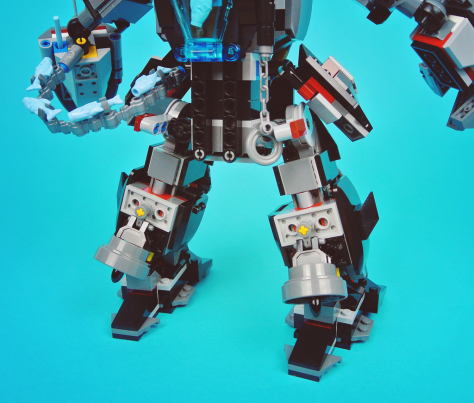 Rev Your Engines by Maayan Priel

A 2 player game about rivalry, success, and the power of friendship.

Rev Your Engines does away with the war and murder and instead frames mechs in an even more terrifying arena: competitive children’s sports. The game cites Gundam Build Fighters and Yu-Gi-Oh as inspirations, but I can’t help but think of it as essentially a Battlebots RPG. You play as two teenage rivals, each certain that they can pilot their miniature mechs straight to the top. This is a game about the emotional drama and personal conflict that is sparked by competition, and uses an absurd combination of tic-tac-toe and flashbacks to simulate your favorite competitive anime.

Hopefully the overview of these games gives you a taste of why you should go check out all the other RPG’s released as a part of the Emotional Mecha Jam. There is also a handy spreadsheet created by @Passerines which breaks the jam games down by the number of players. There are tons of amazing RPGs that were put out, all under 4 pages in length, and most of them are free! I’m certain that many of the designers that participated in this jam will be rising stars in the indie RPG scene in the next few years, and it would be worth your time to take a look.

Though the Emotional Mecha Jam is finished, it seems like the jam hosting torch is being passed to the RPG Design Friends, who have already launched a follow up jam. If you want to try your hand at writing an RPG, you should watch their Twitter for an event you would be interested in joining!

As a note, I also participated in the Emotional Mecha Jam! My game Blessed Engines is about righteous anger, justified violence, and holy mechs. I had a great time writing it, and if you want to take a look I promise it is quite good.