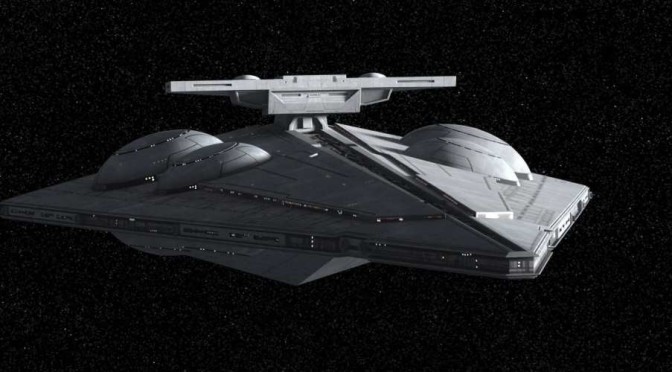 The Borrowed Time’s crew were like many others on Nar Shaddaa, doing whatever work they could to keep the credits flowing and their ship off the ground. While their early days were by no means dull, it can be said with accuracy that their story really began when everything went wrong.

On the face of things, they were hired by a criminal gang to scout out the property of a new potential rival. In reality, although they would not know it for months, the property in question was Imperial Intelligence’s attempt to bait and trap the local cell of the Rebel Alliance. Despite being split up, ambushed, and getting into an awful hovertruck crash, the crew escaped, but their employer wanted nothing to do with them. They were left with nothing to show for their trouble but a stolen crate of marked blasters.

That is when they met one Thriask Fey’lya (no relation), who introduced himself as a weapons dealer more than willing to buy stolen Imperial firepower. They quickly entered into a profitable relationship with the Bothan and his crew, stealing increasingly powerful weapons and smuggling mysterious cargoes. As the months passed they had many unrelated adventures, tangling with Black Sun and other old enemies while gaining new crewmembers, traveling as far as Teth and Corellia, but their work kept sending them back to whatever cantina Thriask was hiding out at on any given day. All the while the crew were intermittently harried by mysterious attackers and suspiciously well-equipped pirates.

Eventually Thriask revealed his master stroke: the theft of an Imperial Interdictor cruiser being built in a secret shipyard right above the Smuggler’s Moon. With enough of the crew more than willing to hurt the Empire, they committed to the job. Despite the best efforts of the Empire, including one of its dreaded Inquisitors, the Grasper was successfully stolen and the secret shipyard destroyed. Paying the crew for their work, Thriask revealed himself as a Commander in the Rebel Alliance, and offered a place in the Alliance to any who wished to join . . .

Adventure Log is going to be just that: a record of the adventures, trials, mishaps, and general shenanigans of an actual tabletop roleplaying campaign. While I pass on the madness for your entertainment, I also hope to offer some educational bits along the way: lessons learned, tips and tricks gained at great cost, and ideas and inspiration for your own games. We’ll see how it goes!

Adventure Log‘s first subject will be Star Wars Age of Rebellion: Living on Borrowed Time, using Fantasy Flight Games’s Star Wars RPG system. It is actually a continuation of an Edge of the Empire campaign, the larcenous exploits of which were summarized above. Some members of the Borrowed Time‘s criminal crew have stayed on to fight the good fight in the Rebellion, and have been joined by Rebels both skilled and ragtag in the hopes of striking a blow against the Galactic Empire. Surviving on the Edge and stealing the Grasper was hard enough, but now it’s an open fight with an Empire whose resources seem limitless. The Borrowed Time‘s name was always a bit of gallows humor, but the crew might be eyeing their chronometers with even more trepidation now . . .

I actually took something away just from deciding to run Age of Rebellion: Living on Borrowed Time in the first place: some tips on running a ‘legacy’ campaign. Over the course of my ‘career’ a number of campaigns that I have been a player in have built upon previous games. The decisions of characters in those older games often created situations that new characters had to deal with, and the old characters might even still be around as NPCs to cause trouble. If characters remained in play, they often had to deal with the reputations they had accrued and the consequences of their actions at the end of the previous game.

I can’t say, yet, how many of their decisions during Edge of the Empire will come up during Age of Rebellion, but I can say that characters who are no longer on the crew may still come into play. While some used the credits from the Grasper job to leave the criminal life behind, the droid and the Jawa became partners and went into bounty hunting, declining to join the Alliance. Meanwhile, those crewmembers who remained on the Borrowed Time carry with them the reputation of stealing the Grasper in the first place, and the consequences of having decided to join the Rebellion. As you will see, once they are positively identified a series of red flags go up, and the Empire will try and react accordingly.

So what does this get me, as a GM running his first legacy game?

Players do a lot of stuff over the course of a campaign that the setting can’t just walk off. Exactly how in-detail you might want to go depends upon your personal preference and the nature of the game, but when thinking of the sequel game at least pay attention to how the original one(s) ended.  The characters probably did something big, so how does the setting react to that? Who knows about what the characters did, and how do they plan on responding to it? What sort of reputation might the party have gained? How has the landscape (political, geographical, religious if it’s a game where you can kill or become a god) shifted, and how might that effect the players in the sequel?

2. Know where your characters are.

If characters are returning, this is less of an issue, but if you have PCs which have become NPCs you need to know what those rodders are up to! You don’t necessarily need a lot of detail here. “Gone bounty hunting” or “Ruling as the Lich Queen” is enough to start, but these characters once shaped the world around them and blasted your precious rails into smithereens for a reason. While they no longer have the deviousness of a player behind their actions, if they’re alive they’re probably quite powerful. I’d recommend a cautious hand in using old PCs as NPCs, as you don’t want to overshadow the current PCs. Still, they could make welcome allies or dangerous foes during their cameos, and their former players will probably enjoy seeing their old friends.

This is more relevant if you have returning characters: find out where they stand! Talk about what they’ve been up to since the last campaign ended, find out why they’re still adventuring after the crazy events of the last finale, check what their goals are now that they’ve returned to the spotlight. Not only will this give you hooks to use as a GM, but having what amounts to a Session Zero 2.0 will refresh everyone’s memories about the characters they’re going to be playing and adventuring with. Particularly in regards to FFG’s Star Wars and the transition from Edge of the Empire to Age of Rebellion, returning characters will at least be gaining a Duty. They might be shedding their Obligation from Edge entirely or keeping it, and their Motivation might change as well. These are all valuable bits of information to have, and mandatory in the case of Duty!

4. Keep things on the level.

As mentioned above, this Age of Rebellion game involves some returning characters and some new ones. This might go without saying, but I feel it’s important: if that’s the type of legacy game you’re running,  level up the new characters so that they’re in the neighborhood of the returning ones. FFG makes this particularly easy with the Knight Level play they introduced with Force and Destiny, but no matter what game you’re playing you don’t want to be punishing the people who decided to bring a new character to the table. While you probably don’t have to be exact down to the last experience point, make sure that the newcomers are capable of shining just about as brightly as the veterans.

This only really applies if, like my situation, you have a break in-between your original campaign and the sequel, particularly if another game gets played during the interim. Don’t nag people about it, but raise the issue now and again. Talk about what your broad plans are for the game, discuss the fate of characters with your players (also helps with #3), tell the odd story of the original game. Basically, keep people interested and aware that you’re willing to run, and if they liked the original then they’ll be looking forward to the return. Even if there isn’t a break, however, you can pique interest in the original by leaving the ending somewhat open-ended. The Borrowed Time jumped to hyperspace after meeting with Thriask, after all, and we didn’t know what happened to it until it dropped out of hyper at the start of Age’s first session . . .

Until next time, go play some games and have a good time! I’ll see you all back here for the first real entry in Star Wars Age of Rebellion: Living on Borrowed Time. I hope it’ll be as fun to read as it is to write!