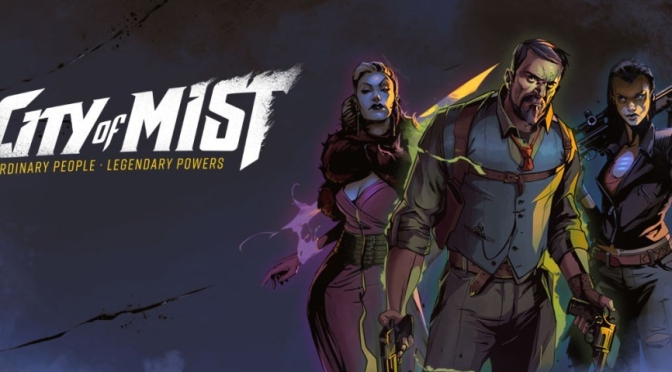 The smoke from the hookah lounge downtown swims through the place, heavy and sweet. At a back lounge sits a bald man with a gold hoop earing who knows just what you need to do to get what you want…if are able to ignore the literal fire flickering in his eyes. In the Industrial District’s meatpacking plant, a grizzled old timer working the graveyard shift wonders how life passed him by, noting with some curiosity how his skin didn’t break on that saw, when he slipped and ponders why all the leftover animal parts always seem to vanish when he takes a nap on the job…and why he just gets hungrier whenever that happens. In the financial district there is a business guru who, despite his age, always seems to be in exceptional vigor and with an improbable knack for turning seemingly useless investments into gold…and nobody seems to know how long he’s been here? It’s like he’s practically immortal. But lots of strange things happen in The City. Once its inhabitants were wide eyed and agape, but now they’ve seen it all…or so they like to think.

This is the world of the City of Mist. It is a place where stories are everything, and everything has a story. It is a City that seems to encompass everything, an entire universe and more within its borders. The mists that sweep through it throw shadows over the truth of what things are, disguising the fantastic and epic as mundane. However, every once in a very great while, a story awakens in someone, spilling into their normal life. A Rift (the term for a PC) forms in the Mist, causing normal people to awaken to a story living inside of them. After all, we’re all just stories in the end. Why shouldn’t we have our chapter in a great epic?

Originally Kickstarted by Son of Oak Game Studio back in 2016, City of Mist saw a full release date in late 2017. The response has been very positive, and the game has been nominated for the 2018 Ennies in three categories: Best Interior Art, Best Cartography and Best Miniature Product. It was not these praises, however, which grabbed my interest. Instead, it was the premise: combining the mood and feel of the noir genre with carte blanche to use whatever, myth, legend, or story inspires you. The book encourages you to be creative from where you draw your concept from, and they showcase a number of examples right off the bat. Example characters include people who embody Enkidu from the Epic of Gilgamesh, Excalibur from Arthurian lore, and Don Quixote from the eponymous work by Miguel de Cervantes. I was immediately reminded of parallels to works by Neil Gaiman: the Fiddler’s Green from The Sandman comic, and the gods and other associated beings from American Gods, both examples of the legendary passing unnoticed by human eyes.

I was entranced by how City of Mist handles world creation. Rather than spelling out specific locations, the game describes the feel of each part. The City is alive. It is dynamic and changing, and the feel of a specific place alters its relationship. Downtown is vibrant and bustling, but it’s those same features that keep normal people (called Sleepers) so engrossed that they are less likely to look up and notice a dragon flying over their heads. Subways are perpetual inbetweens, with flickering lights, and a sense of wrongness from being underground. Alleys are perpetually places of shady deals and hidden bodies. Smoky clubs, ironically, are the most likely places for the Mists to fade away for a moment, and people to get a glimpse of something beyond. I found myself playing Harlem Nocturne as I read, imagining a lamia Femme Fatale slinking down the street, sending a coy look back to the PI who is the embodiment of Raguel, the Angel of Vengeance. I was invested immediately.

The tricky part I would find in the mechanics. City of Mist takes an interesting approach in how it handles both its dice system and its character creation. At the simplest description possible, City of Mist is a Powered by the Apocalypse cake with Fate narrative icing on top. Rather than the standard five stats that standard PbtA games have, players roll modifiers based on the tags they invoke from their Mythos (their mythical persona) or Logos (mundane persona). This isn’t a bad idea: PbtA had tags before, and invoking them based on the situation is a nice change of pace rather than always being locked into a particular stat. The Fate part comes, in that you effectively build each of your character’s themes like a Fate Accelerated faction, generating a number of tags that are a few words long each, similar to a Fate Aspect.

These themes are meant to show the balance of your character between their Sleeper self and the Avatar that they are in the process of becoming. You can choose either Logos for things that tie you to the normal world (a job, a close relationship, personal possessions etc.) or Mythos for supernatural features (Bastion for armor, Relic for an important item, and more). The player describes how each of these normally manifests, others ways it can be used, and its weaknesses. There is actually a point to these weaknesses, as when they are invoked, they weaken your roll but help advance your themes to have greater potency and acquire more tags.

This is where things can get a bit tricky. Players have four themes, and each of those themes starts with four tags, with the opportunity to build upon them as they advance. For those counting at home, that is sixteen tags to start off with right off the bat. Considering how rules light PbtA games typically are (and thrive by doing so) I worry that this might get overwhelming, and that it would take tight GM and player interaction to prevent details getting bogged down or lost in the sauce. To go back to the PbtA cake and Fate icing, a little bi tof the latter makes the whole thing better, too much can make it overwhelming, and if you glom it on like a six year old the whole thing becomes an unpalatable mess. In my mind, this makes the game best for players who are strong at driving the plot, with a GM who is willing to put their foot down and edit.

These themes can morph over time with advancements, but also in that these themes can Crack (if a player ignores their mundane world) or Fade (if they ignore the fantastic, or what is the driving force to their otherworldly self). Continuing to do so advances a track, and when full there are major changes: players have to replace the theme with another, gain a nemesis as a result of that theme being lost and add points that adjust for their overall evolution (similar to advanced moves in PbtA). So, it’s not a bad thing to lose a theme, and perhaps it is an empowering thing, but big changes happen when this occurs.

From the narrative side, each individual character has their own mysteries that they want to sort out (What is my purpose? Why are these weird things happening to me? What is that voice calling to me?) and it seems that every so often weird news pops out. Usually that means that another Rift is involved somewhere. The players together can form a crew (sometimes professional, often rag-tag) of like-minded individuals trying to chase their own questions. All the while the looming balance between their humanity and what is inside them teeters over the edge. If players ever lose all of their Logos or Mythos they go to the extreme, either returning to being blind to the world as a Sleeper or entirely losing touch with their humanity as a full Avatar of their legend. It’s this balance and the questions that drive the players that drives the story. It’s an interesting idea, and I would love to see it played out.

As brought up earlier, the book has some beautiful interior art. There are comic panels telling the story of some of their example characters, and it’s drawn compellingly. I am…well, curious about their use of cards. Rather than a standard character sheet, the book provided a number of cards, front and back, for characters and themes to be written on. It was this literal, physical separation that makes me think of each of these as distinct. While it’s an interesting idea, it A) adds a lot more plate spinning and things to lose for someone as disorganized as myself and B) adds some extra difficulty for players who predominantly play online. Because it is so baked into the game, it’s hard to ignore. I am sure that, if City of Mist’s popularity grows, there will be a workaround. Perhaps there is already one, but I could not find it.

Overall, I think the concept and the feel of the game is more than worth the money I spent on the PDF. I think that there is enough that I would enjoy playing or running a campaign with it, but I have the feeling that there would need to be some house rules but into place to run a streamlined game.

The City of Mist Core Book PDF is available at DriveThruRPG,  along with other CoM PDFs, and you can find physical copies along with other material at the City of Mist site. Feel free to let us know what legend you would like to play in the comments or on Twitter @HungryHalfling or @WHalfling! Let me know if there are any more 2018 ENnie nominees that you would like us to review! For more ENnie action, check out our other articles about some of the nominees, Blades in the Dark, Zweihander and Red Markets.

5 thoughts on “City of Mist Review”