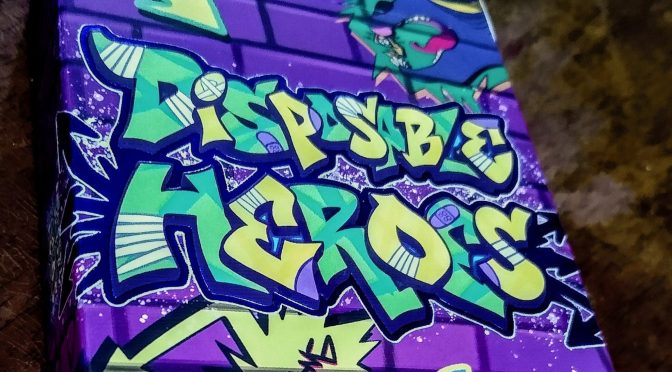 A couple hundred years ago, an event called The Fold sent every living being across every dimension into a sort of nightmare reality. Very Powerful Beings were able to reconstitute themselves eventually, but the world was utterly trashed. Using magic and strange technology, lichs, dragons, demons, angels, capitalists, and other monsters built the sprawling megacity of Neo-Francisco. In one of those lost realities, you might have been the heroes destined to save it. In the neon-sick car crash of technological majesty, fantasy weirdness, dimensional rifts, and incredibly funky music that is NF, however, you’re gig workers working for the delivery app Disposable Heroes. It’s deadly work, but it pays! Sorta. This is the deck-based roleplaying game of long hours, high mortality rates, and blazing neon from Sandy Pug Games!

END_OF_DOCUMENT_TOKEN_TO_BE_REPLACED 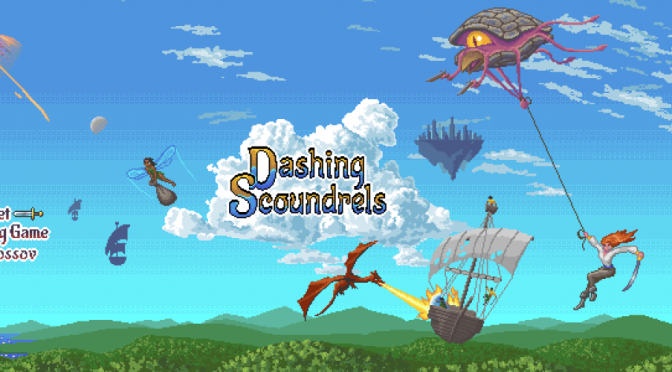 In a world of dazzling magic, airships, and gunpowder, the Empire forged in conquest and slavery stretches sea to sea. But the core of its heart is rotten, and a revolution is brewing in the underbelly of its floating capital. How many rebels does it take to bring the whole House Huffington down? Time to draw some cards, recall some memories, and swash some buckles as we swing into action with Dashing Scoundrels, a “high-heavens, gunpowder and airships world of dazzling magic where players are rebels and pirates undermining a corrupt empire by performing heists and swashbuckling shenanigans,” brought to us by Ilya Bossov and Lagging Dice LLC!

END_OF_DOCUMENT_TOKEN_TO_BE_REPLACED 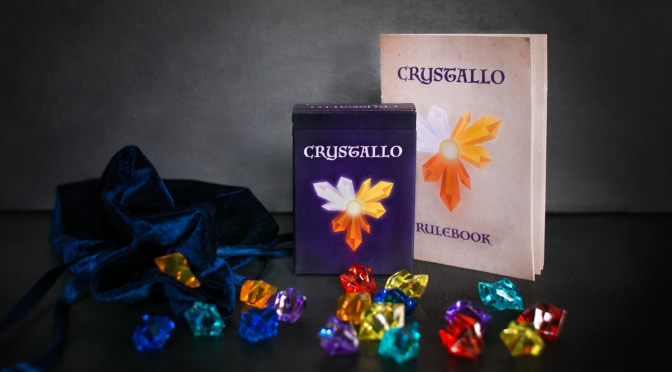 A nefarious Black Dragon has imprisoned six innocent magical creatures deep in its cavernous lair, trapping them with its crystal magic. You are their only hope: you must explore the caverns, find the creatures, and free them by using the Dragon’s own crystal magic against it. Along the way you might find treasure to aid you in your efforts, but beware. Even if you free all of the creatures, you’ll still have to deal with the Black Dragon itself, and it won’t go down without a fight. Brought to us by Light Heart Games and Zafty Games, this is the single player puzzle and card game of fantastical creatures and crystal magic, Crystallo!

END_OF_DOCUMENT_TOKEN_TO_BE_REPLACED 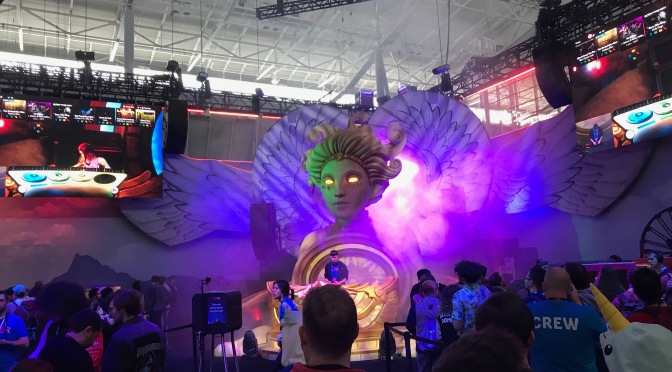 Having a con ‘season’ of sorts is a new experience for me, with PAX East 2020 following close on the heels of PAX Unplugged 2019 (thank goodness attending South wasn’t remotely an option), meaning that I’m going into this work week pretty darn exhausted . . . and with oodles, noodles, and toaster strudels of new content to write about! Let’s talk a bit about the con at large, and then get down to the details with some games.

END_OF_DOCUMENT_TOKEN_TO_BE_REPLACED 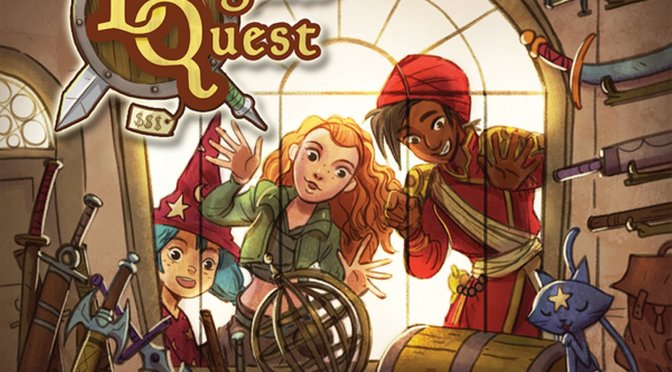 Capitalism, ho! All the so-called fame and glory go to the adventurers, heading out into the wilderness to fight the monsters threatening the town. That’s not the life for the likes of you and me, though. After all, what happens to all that gold they loot from the monsters’ lairs? They have to spend it on more gear to fight more monsters, and someone ends up with that gold in their pocket for good. Might as well be us! So let’s put our shiniest inventory on display, hire some hawkers, and make a profit off of the local heroes . . . and if they never come back, well, they won’t exactly be asking for a refund, now will they? This is Bargain Quest, a game of adventure and capitalism from Designer Jonathan Ying, Artist Victoria Ying, and publisher Renegade Game Studios!

END_OF_DOCUMENT_TOKEN_TO_BE_REPLACED 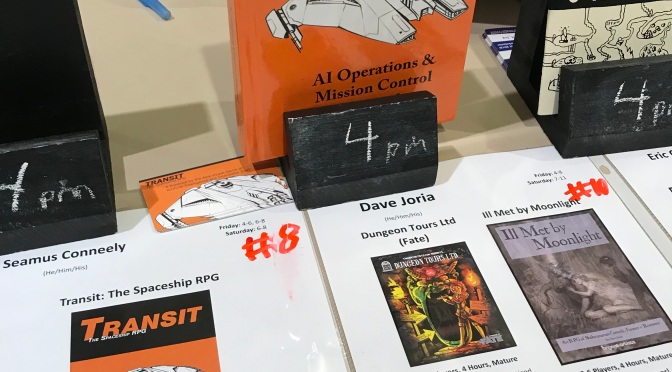 Aki might have had the brainpower to check in every day of PAX Unplugged, but I  . . . didn’t. There was a lot to do and see, however: board games, events, roleplaying games, accessories, actual play opportunities! I came home with . . . a lot to write about, and more than a few review copies, but there are plenty of things that would get missed by doing things one article at a time. So here’s my PAX Unplugged Roundup of some of the things worth checking out, whether they’re things to look for next con or something worth chasing right now!

END_OF_DOCUMENT_TOKEN_TO_BE_REPLACED 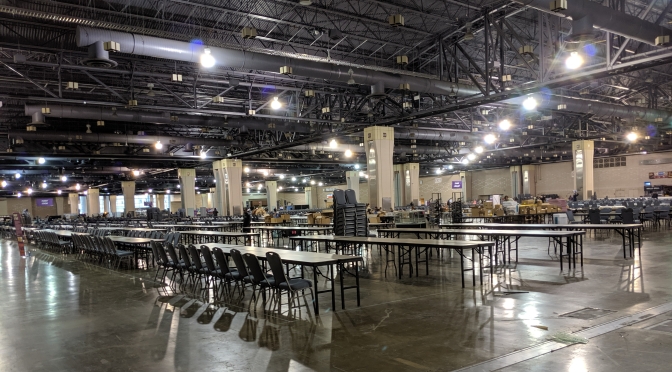 This article is a log updated periodically throughout the day, and then published when complete.

First of all, an update and correction from my last scouting report. While we had been warned off the changes in entrances previously, for some reason it hadn’t sunk in. For those of you taking a train in, stops around 14th -16th streets will be superior than hiking over from elsewhere. In addition, Will Call has moved from the location originally sent out by email, and is now by the entrance hall. This means that everyone is all going to the same location, which, well…

END_OF_DOCUMENT_TOKEN_TO_BE_REPLACED

Let’s be honest, there are a lot of board games out there that might as well double their ‘estimated time of play’ because of how long they take to actually start playing. The rules are byzantine, the pieces are better counted by the score than by the dozen, arranging everything on the table is akin to cartography, and shuffling the cards can count as a cardio workout. It’s almost as if the set up portion is its own game . . . hey, wait a minute, there’s an idea. And what if it was actually a really simple card game that’s easy to learn and full of tongue-in-cheek humor about all the board games we love to play and hate to set up? That’s how we wind up with Complicated Board Game the Card Game: Time 2 Play!

END_OF_DOCUMENT_TOKEN_TO_BE_REPLACED 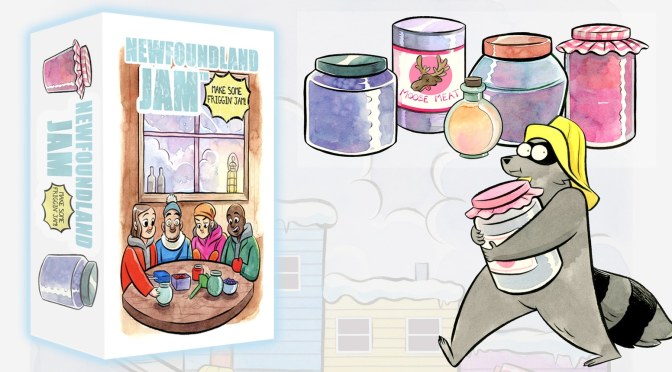 Sometimes you just want a tasty treat, and you’ve got to make it yourself. You’re going to need ingredients, some sort of container, and maybe some utensils to get the job done, though. That might sound simple enough, and even on Newfoundland it should be that simple on paper . . . except the pages of your Recipe Book keep getting torn out by storms, and just when you’ve got the right amount of blueberries one of those goddamn mainlander raccoons shows up and eats some of them. Ah well, you’ll just have to unpack some more groceries. Let’s make some friggin’ jam with Newfoundland Jam, the ‘colourful jam making game with flavourful cuss words’ from Jason Anarchy Games!

END_OF_DOCUMENT_TOKEN_TO_BE_REPLACED 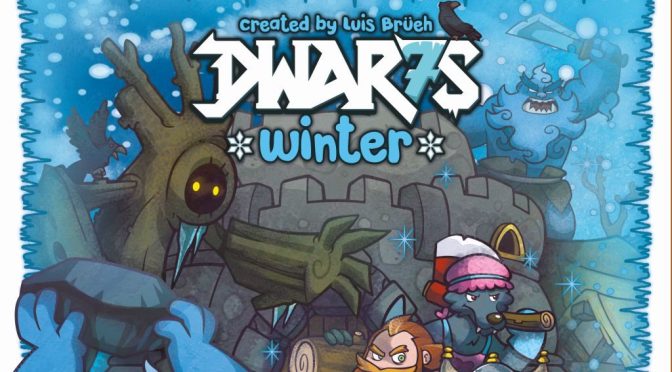 Some sort of horrible half-frozen tree creature reaches the kingdom’s castle after having attacked the lumber stores, clearly upset at our attempts at resource gathering. If the castle falls all will be lost, but there just aren’t enough defenders in place . . . suddenly, the beat of drums fills the air, and another pair of dwarfs come running from the forest the creature just tore through. In a flurry of axes and hammers the tree creature tumbles to the ground, slain, and the victorious dwarfs return to their homes . . . but the Ogre King just appeared on the walls at the edge of the kingdom, natural disasters begin to hamper our food and stone supplies, and we’ve got three weeks to go until spring. We’ll have to work together in order to survive the cold and the monsters in Dwar7s Winter from Vesuvius Media!